So, the Bank of England left interest rates and QE unchanged at 0.75% and £435bn respectively, in a 9-0 vote, as widely expected. The central bank raised growth forecasts for 2019, 2020, 2021, but cut its inflation forecasts for 2019 and 2020. Despite this, the BoE has signalled that MORE THAN 1 HIKE is needed to keep inflation in check. If you are confused, then you are not alone. The markets’ initial reaction suggests speculators were also left scratching their heads with those conflicting headlines. After an initial spike higher, the GBP turned lowed in a matter of seconds in reaction to the latest headlines. However, the selling pressure was mild, and lo and behold it was flat a few minutes later. The pound remains overall supported as we had suggested in the BoE preview article earlier. Ahead of Carney’s press conference, here are some key headlines from the BoE:

BoE reiterates that policy response to Brexit will not be automatic – it could be in either direction. The Bank also reiterated gradual and limited interest rate rises are needed to meet inflation target over forecast period.

Dollar flattish after yesterday’s FOMC decision. The markets were positioned for a more dovish meeting, but as the Fed was no so dovish, short-covering ensued.

AUD is the strongest currency despite metal prices coming under renewed selling pressure. 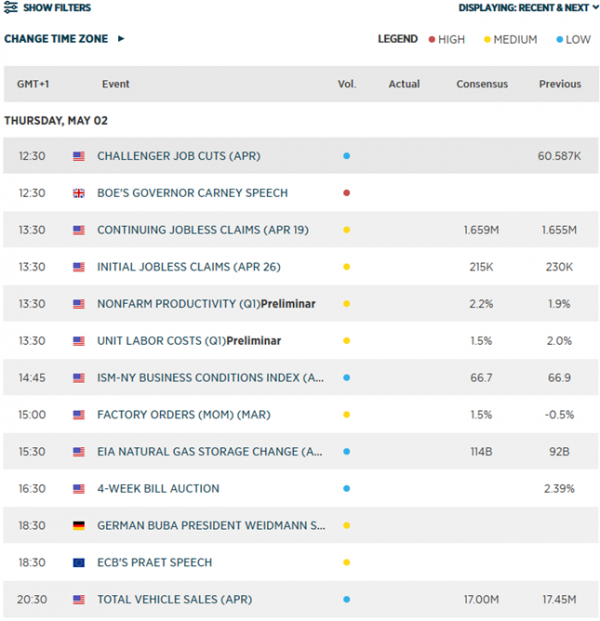 Currencies: EUR/USD Continues Lackluster Trading, With Or Without Risk-Off