Trade headlines dominate once again: President Trump decided to postpone his decision on EU automobile tariffs for six months, while Treasury Secretary Mnuchin noted that the US was close to a deal with Mexico and Canada on steel tariffs. Finally, the WSJ suggested that a US delegation may head to China for trade talks next week, though that hasn’t been confirmed.

The loonie was the strongest major currency today, boosted by rising oil prices after a smaller-than-anticipated buildup of inventories.

The pound was once again the weakest major currency as UK Brexit Secretary Barclay describes talks with Labour as ‘challenging.’

US indices rose for the second straight day and the US dollar index held steady amidst a slight risk-on tone to trade. 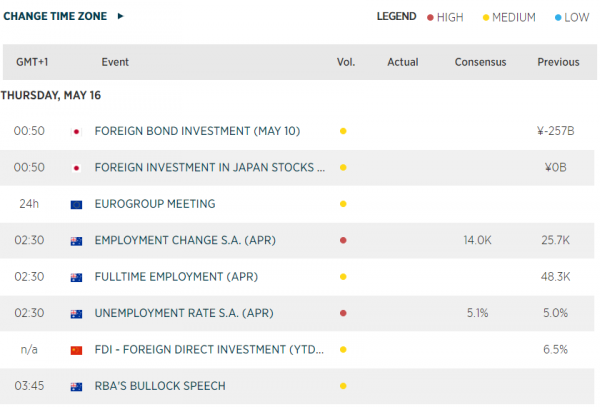