EUR/CAD is trying to break lower on the weekly charts, and today’s close along with which way it breaks outside of yesterday’s could be key for how the cross trades next week. 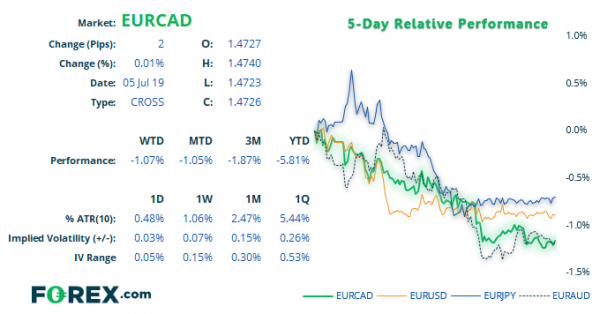 Starting with the bigger picture, EUR/CAD is attempting to break beneath its April 2015 trendline on the weekly chart. Prices are already trading below it, but not by a comfortable enough margin. Moreover, a weekly close either side of 1.4760 could impact sentient early next week, as a failed attempt to break lower could be taken as a near-term bullish sign.

Still, we like how bearish range expansion has broken it out of compression, and prices broke below the 200-day eMA, so the core view is for a weaker EUR/CAD once any minor rebound has played out. That said, we’d want to see 1.4863 cap as resistance if prices retrace higher on the daily chart to keep our bearish bias on the weekly chart. 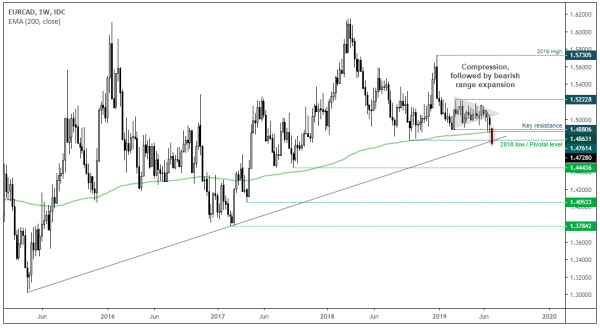 Switching to the daily chart, an inverted hammer has formed at the lows and its high perfectly respected 1.4761 resistance, to show markets are clearly watching this pivotal level. However, the fall from 1.5081 has yet to see a pullback, and RSI(2) has hit oversold and curled up to generate a potential, near-term buy signal.

Obviously, with Canada releasing employment data alongside today’s NFP report with Ivey PMI data shortly after, expect some volatility heading into the weekend. 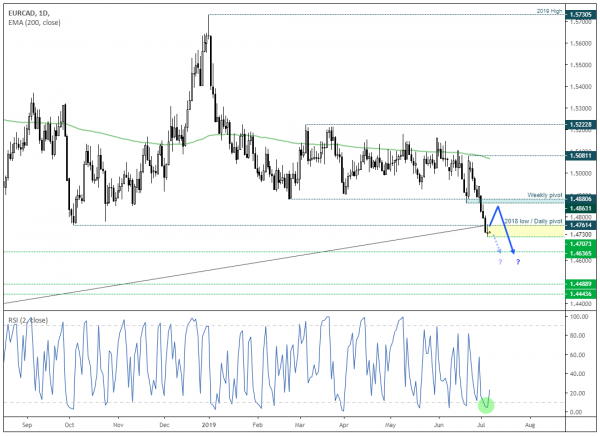 To approach this tactically, keep a close eye on yesterday’s range.