At midday in London, NZD and AUD were among the strongest, while GBP and USD were the weak links. 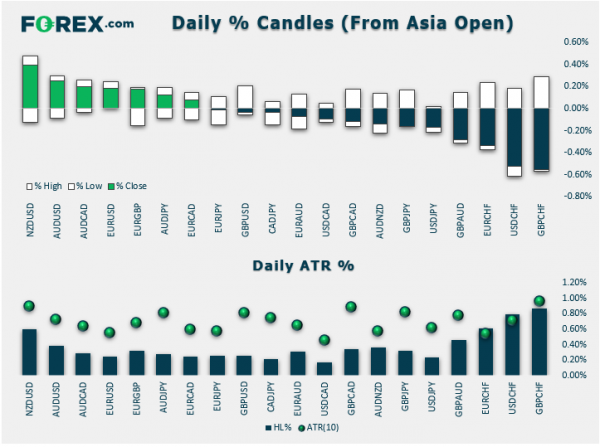 Today’s US nonfarm payroll report is – for obvious reason – the main focal point. A headline jobs growth of 145K is expected, with wages seen rising by 0.3% month-over-month. But due to several soft pre-NFP leading indicators released throughout this week, you can almost sense that the market is bracing itself for disappointment. Read our NFP preview HERE. If our fears are realised then the probability of a 25bps rate cut at the October 30 FOMC meeting may rise near the 100% level, which would could see the greenback break further support levels.

Among commodities, gold was continuing to shine brightly in these turbulent times due, among other things, to higher demand for haven assets. Also supporting the precious metal is a falling US dollar and rising bond prices (or put another way, falling yields – this is boosting the appeal of noninterest-bearing assets like gold and silver). Meanwhile, crude prices struggled to recover further ground after its kick-back rally along with stocks yesterday. Oil has been hit by a double whammy of bearish news this week. The fact that Saudi has managed to restore its production back to original capacity after those attacks on its infrastructure by Houthi rebels (which Saudi and the US claimed were backed by Iran) sooner than expected means investors have had to price out raised supply risks at a faster clip than would have otherwise been the case. On top of this, we had a handful of soft global macro data – particularly from the US manufacturing sector – which has raised fears that oil demand might not grow as fast as it had been expected. But now that some of these factors have been priced in, oil prices may fall less sharply going forward or at best start to form a base. 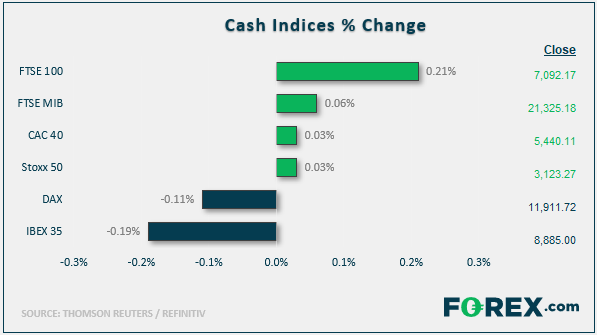 Stocks were struggling again in Europe after yesterday’s short-covering bounce. It remains to be seen how the markets will end tonight after what has been a turbulent week so far. Will an unexpectedly good US employment report be enough to lift sentiment? Will opportunistic investors step in, hoping that the upcoming US-China trade talks will result in a breakthrough? Or will investors use this opportunity to close out their positions that were previously in deeper losses? We reckon that if the employment report is a poor one, then stocks may fall into the close – for the markets have responded negatively (for a change) to bad data so far in the week, suggesting investors feel that monetary policy alone is no longer enough to support stocks at these extremely elevated levels