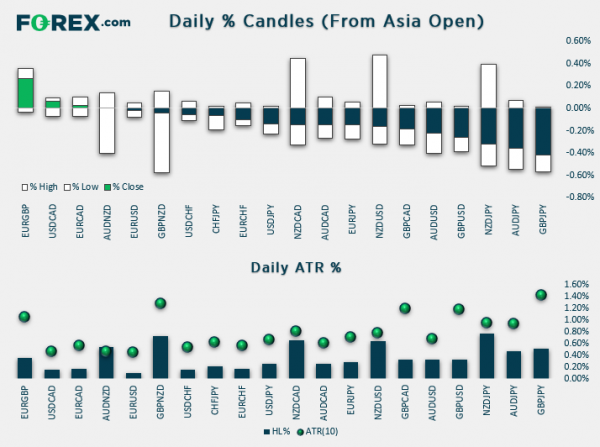 The US House of Representatives passed a human rights bill which effectively provides support to pro-democracy protesters in Hong Kong. The bill includes an annual review over whether Hong Kong is sufficiently autonomous from Beijing. Moreover, the bill will allow the US to implement sanctions against officials who are seen to be responsible for “undermining fundamental freedoms and autonomy in Hong Kong. Naturally, China have vowed to retaliate although details of their timing and method are typically scarce. Still, it has to pass the senate and this is where it becomes interesting and, well… political; the timing of this bill could be catastrophic for Trump’s much touted phase 1 trade deal. So, on that front it’s hard to see why the Republican owned senate would officially sign off on this and stick one to China. Especially when it could be several more weeks until a trade deal is reached, and China’s lukewarm media coverage and casual stance over “the greatest and biggest deal ever” post-talks suggests Trump has exaggerated their progress.

From here we’ll keep a close eye on the Yuan as it could dictate risk appetite. The USDCNH fix is higher today and allowed USDCNH to hit a 3-day high around 7.1000, and we’ll see if developing headlines allow the Yuan to weaken further. S&P E-mini futures came off form their high and USD/JPY has shed around 30 pips for the session. Yet moves are relatively minor and not in panic mode just yet; for that, we’d need to see the senate pass this bill which is probably just a thorn in their side which undermines the yet-to-be-signed, phase 1 trade deal. 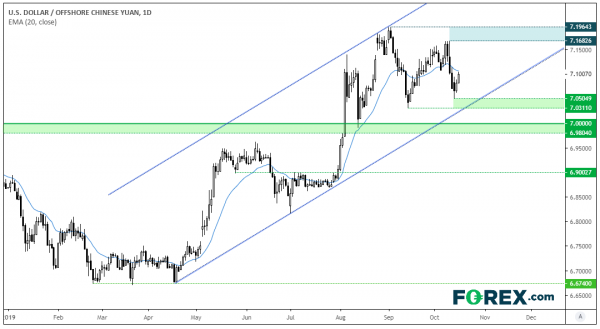 USD/CNH has touched a 3-day high and found resistance at the 20-day eMA (for now). We’d likely need to see the bill pass the senate and trade talks completely break down for USD/CNH to break to new highs, so whilst there are upside pressures near-term, this could fall lower if Trump sends assurances the bill won’t be passed or of course if the senate block it. Either way, USD/CNH is our guide for risk sentiment. 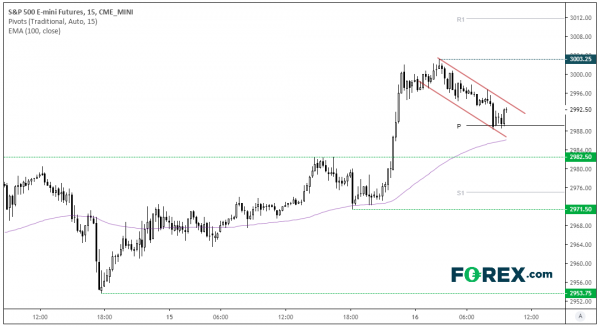 S&P E-Mini futures have retreated from their high yet holding up quite well, and the daily range remains relatively small. Cleary the trend is bullish on the 15-minute chart and has found support at the daily pivot point, with support nearby at 2982.50 and the 100-bar average at 2986. Perhaps a Trump tweet would help this one rally a little, with 3000 and the highs being the obvious targets fore intraday traders. That said, if he remains surprisingly quiet and it appears the bill could gain traction, then we’d expect risk off to ensure and take stocks lower. 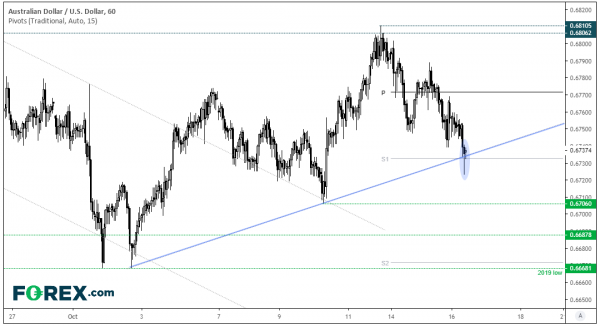