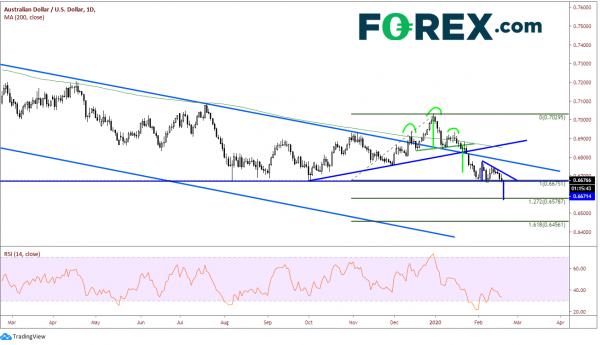 Today, AUD/USD sits at the bottom on a triangle. Just a simple measurement of the triangle puts the target near .6580, which is also the 127.2 Fibonacci extension from the October 1st lows to the December 31st highs. Price is currently trading near .6675. A move below .6662 would be the lowest level AUD/USD has traded since January 2009! If the employment change is worse than expected later, price would be at .6580 in a hurry! 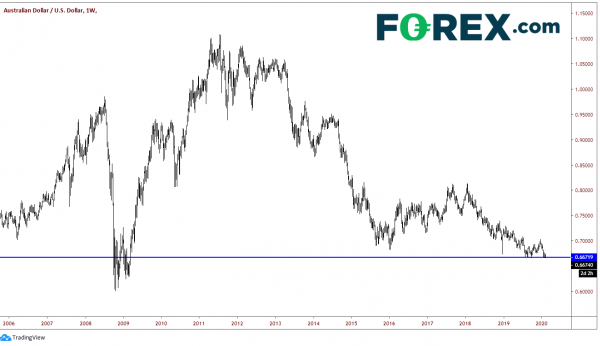 On the other hand, AUD/JPY has been holding up well, despite the China slowdown amid the Coronavirus outbreak. The reason is because USD/JPY has been held up by the strength of the equity markets. USD/JPY is currently up 1.50%, or 165 pips. This has pulled AUD/JPY higher with it, currently up 1.32%, or 97 pips! It has closed above the 200 Day Moving Average and even filled the late January gap by 4 pips. A stronger employment change number can have this pair moving toward horizontal resistance at .7550 and a confluence of resistance near .7600. 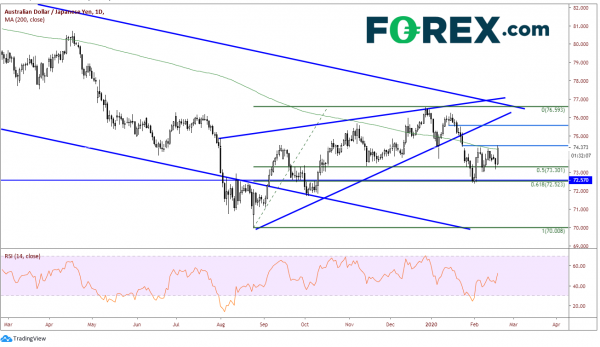 The one thing to remember regarding the Australian Employment Change is that the headline number is made up of full-time employment change and part-time employment change. Although the headline number may “beat” estimates, the breakdown may be worse. As we saw last month, the “strong beat” only lasted a few days, as the breakdown between full time and part time was bad and price eventually rolled over!