The 17% rally on USD/TRY at market open didn’t go unnoticed as the yen was the strongest major of the session, and AUD came initially under pressure. 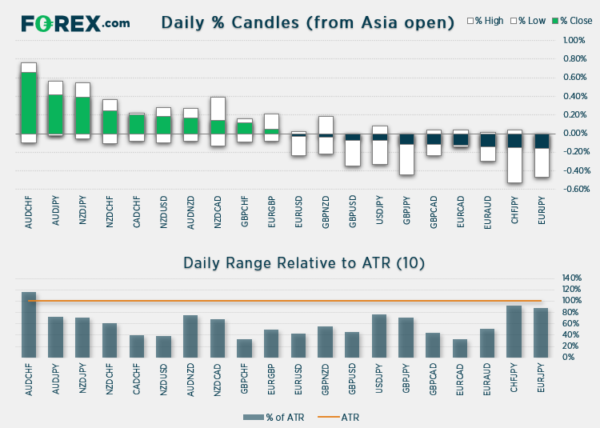 Futures markets were in the red early in the session as investors weighed up the impact of the falling Turkish lira. Yet that’s not to say that these moves will persist, and European indices remain in strong uptrends anyway. So it will be a case of monitoring key levels early on to see if there is follow-through, or whether the calamity of the Lira can be quickly shaken off.

The star of the overnight session was USD/TRY which rallied over 17%. The Turkish Lira was in freefall as markets responded to news over the weekend that President Ergon had fired his Central Bank Governor, for raising interest rates to fend off double-digit inflation. USD/TRY has since pared earlier gains and trades around 8.05, up a ‘mere’ +11.5% from Friday’s close.

The US dollar index probed Friday’s high and is currently on track for a small bullish engulfing candle.

The bullish trend on GBP/JPY remains firm although prices are now within their third consecutive down day. Yet a potential ‘buying tai’ (lower wick) is in the making after finding support above the 20-day eMA and 50% retracement level. In fact prices have now recovered above the 38.2% Fibonacci ratio and the daily candle is forming a bullish hammer (obviously this is yet to be confirmed). But if we see bullish follow through after the open then it could be of interest. 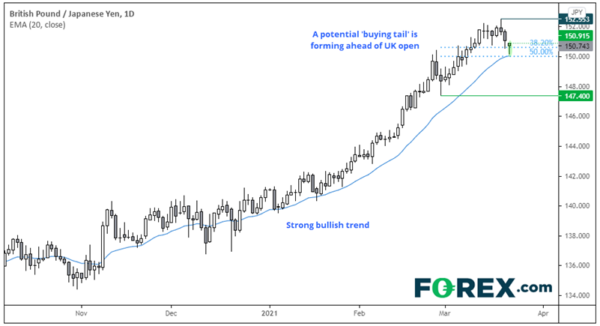 WTI traded slightly lower overnight, and currently down -0.5% after finding resistance at the broken trendline. It’s not uncommon to see prices crawl along the trendline which acts as dynamic resistance, and we see the potential for another leg lower as long as 62.00 – 63.13 holds as resistance.

Price action remains choppy on gold’s daily chart. But the potential for a swing high remains whilst 1755.50 caps as resistance, yet a break above 1760 – 1764 could trigger bullish follow-through. 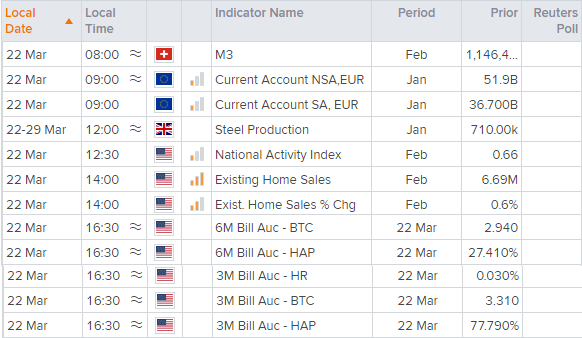