Turkey’s inflation rate was released earlier and like so many other country’s inflation rates, it was higher than expected. The headline print was 18.95% vs 17.53% in June. Expectations were for 18.5%. The headline print was the highest since April 2019, and just a touch lower than the Central Bank of Turkey’s current key one-week repo rate of 19%. Again, like so many other countries around the globe, if the committee expects the inflation to be transitory, they will leave rates as is. But would they lower it?

Last week, Turkey’s central bank raised its end of year inflation target to 14.1% from 12.2% and said that inflation could be volatile over the summer months but should fall back near the target in the Fall. The central bank meets again next week, and expectations are for rates to be left unchanged. However, President Edrogan has been pushing for Governor Kavcioglu to cut interest rates! Will Kavcioglu cave to pressure from the President to cut rates? Or will he be able to handle the pressure and wait until inflation falls? (Remember: Erdogan fired former governor Agbal in March for raising rates to slow inflation).

USD/TRY has been in a long-term ascending wedge since August 2018. The pair pulled back from all-time highs (at the time) at 7.1244 and formed a rising triangle. USD/TRY broke out aggressively higher in August 2020 and continued moving higher. The pair put in new all-time high as price neared the apex of the wedge near 8.850 early June. 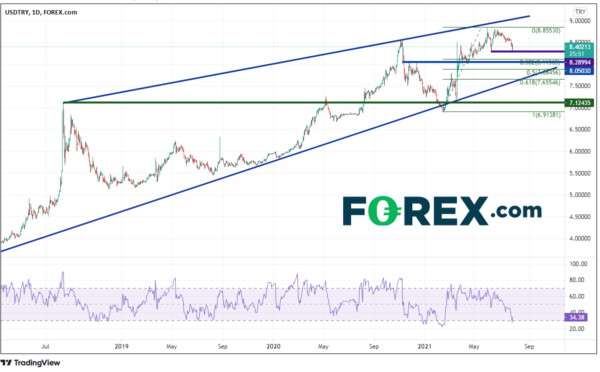 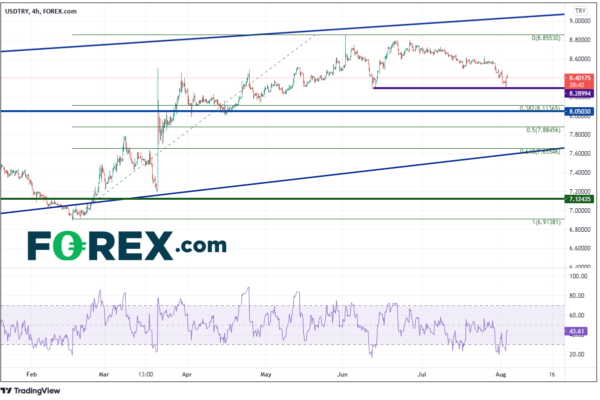 Ahead of the Central Bank of Turkey meeting next week, Turkey will release Industrial Production and Retail Sales. This will give committee members a bit more information before they decide what to do with interest rates. With higher inflation today, traders will be watching to see if Kavcioglu falls under pressure from Erdogan to cut rates!