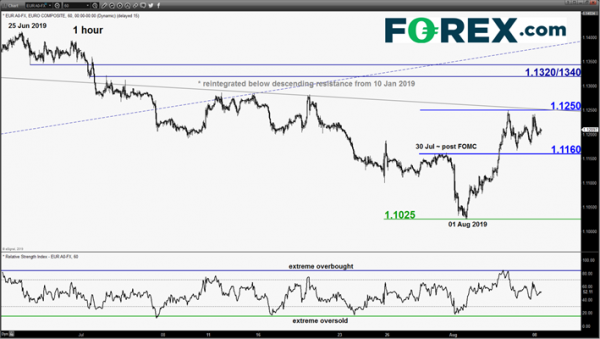 Traded sideways within the short-term neutrality zone as per highlighted in our previous report (click here for a recap). 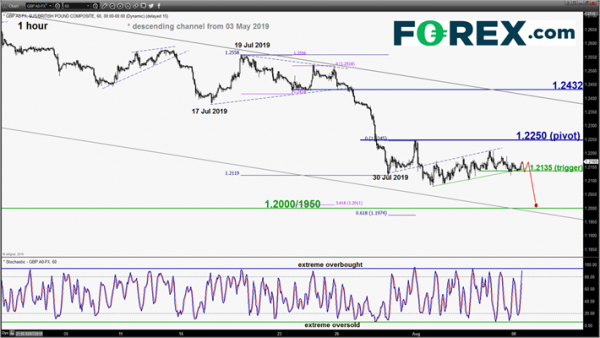 Tested the 1.2135 downside trigger level as per highlighted in our previous report and traded sideways. Maintain bearish bias and 1.2135 needs to be broken to the downside to reinforce the downleg scenario to target the next near-term support at 1.2000/1950 (Fibonacci projection cluster & Oct 2016 low).

On the other hand, a clearance with an hourly close above 1.2250 negates the bearish tone for an extension of the corrective rebound towards the 1.2430 resistance. 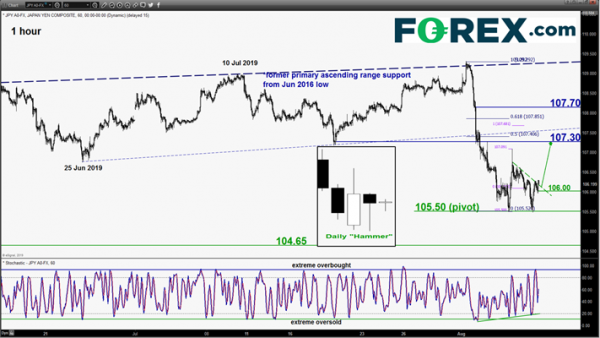 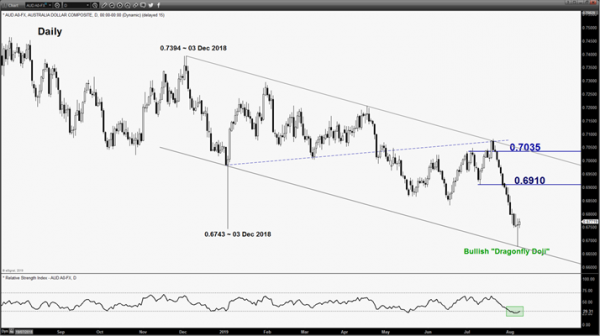 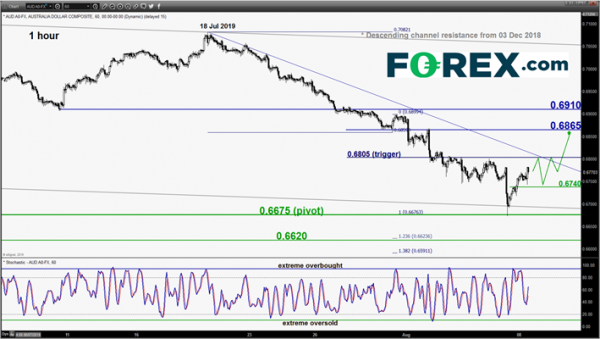 Drifted down lower as expected but it only managed to hit the first short-term downside target/support at 0.6675 before it reversed up. Broke above the 0.6755 key short-term pivotal resistance as per highlighted in our previous report that has dampened the bearish outlook for another leg down.

Ended yesterday, 07 Aug U.S. session with a daily bullish “Dragonfly Doji” candlestick pattern right at the medium-term descending channel support coupled with the daily RSI oscillator that is inching up from its oversold region. These observations suggest that a potential mean reversion rebound scenario.

Flip to a bullish bias above the 0.6675 key short-term pivotal support and a break above 0.6805 reinforces a mean reversion corrective rebound to target the next intermediate resistance at 0.6865. On the other hand, a break with an hourly close below 0.6675 revives the bears for a push down towards 0.6620 next.