Trade tensions are thawing, Trump and Xi are besties again, allowing risk assets to rally as a result. Still, some appear more bullish than others… 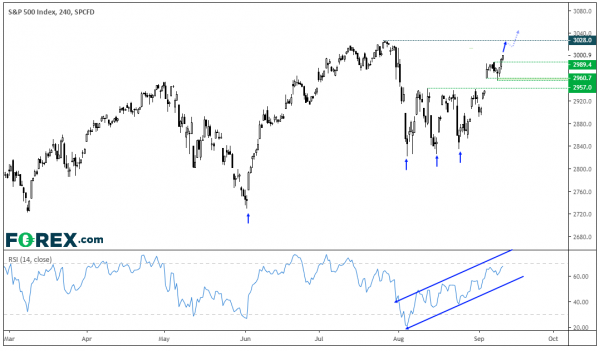 The S&P500 has record highs within easy reach and momentum suggests we could test this key milestone over by the end of the week. The breakout from range was seen on a gap high. That is hasn’t been filled is another sign as strength, as such a move is considered to be a breakaway gap, which tends to occur at the beginning of a move after leaving a basing pattern. 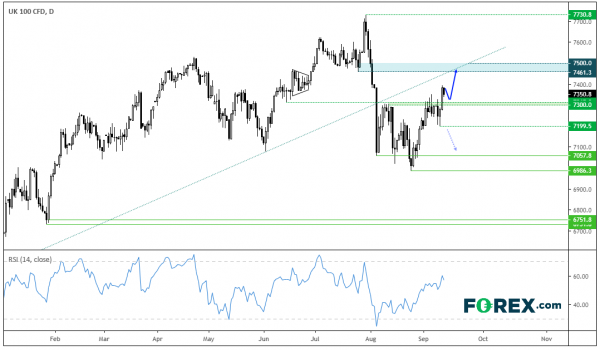 The FTSE 100 came close to breaking 7,400, although there’s no cigar yet. The index has crept back from yesterday’s high in early trade, but if it can hold above the 7,300 area then perhaps a breakout is imminent. A tad on the messy side, but there’s a pattern reminiscent of an inverted head and shoulders. However, the FTSE is mostly being propped up by a global shift in sentiment and recent gains have failed to keep up with ay of its peers (such as the DAX), so we suspect upside may be limited. 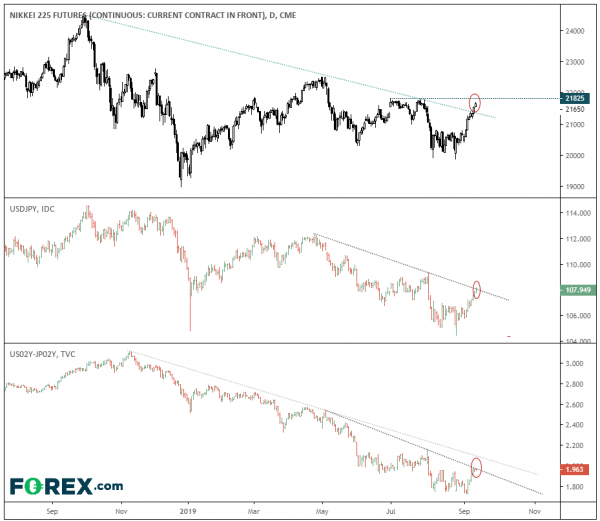 The Nikkei has broken the bearish trendline from the September high, trades just beneath the July highs. As it trades just near a resistance level, it entices the potential for a pullback. However, the probability of a retracement appears highs because USD/JPY and the US2-JP2 yr yield differentials have also tested their bearish trendlines.