After yesterday’s breakout in Crude Oil, closing up near 14%, the market gave back some of those gains as bearish comments trickled out throughout the day. Earlier in the day, Saudi sources reported that Saudi oil output will return to normal levels quicker than initially assumed. Later towards the close, a Aramco source said that Abqaiq processing plants be at normal capacity by the end of September. Light Crude Oil Futures closed down roughly 5.5% today as price briefly touched support at the highs from September 10th, trading as low as 58.50. However, trading at a prior high does mean that the gap in Crude Oil has been filled. In order to fill the gap, price must reach the prior price from before the gap at 54.58, which in this case is Fridays close. 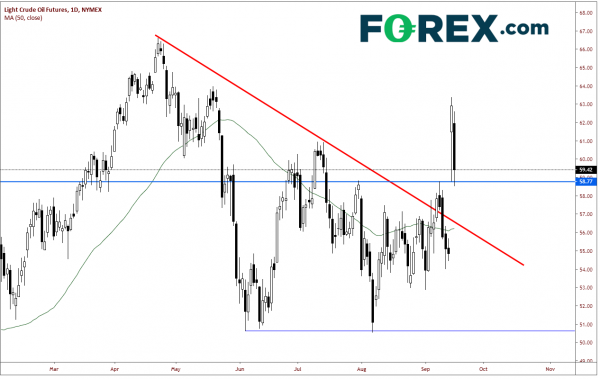 The 58.50 low in Crude Oil also marketed support at the 38.2% retracement level from the low on August 7th to yesterdays highs. 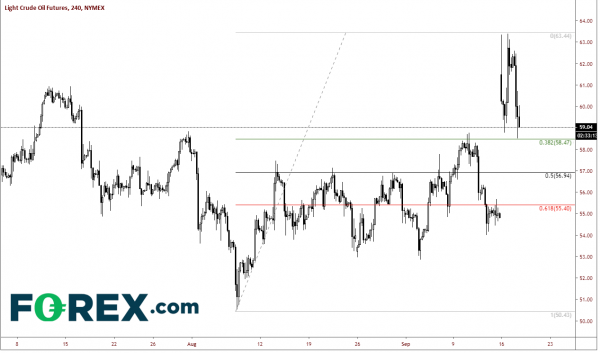 Tomorrows price action in Crude Oil can still be volatile as more comments are released regarding the attacks. On a separate note, the much anticipated FOMC rate meeting is also tomorrow. Watch for comments in the statement and the Q&A regarding China, growth, and a global manufacturing slowdown. Any comments in these areas many also move the price of Crude Oil.