Both the AUD/USD and the NZD/USD put in shooting star candlestick formations on daily timeframes ahead of key Chinese Data due out later: 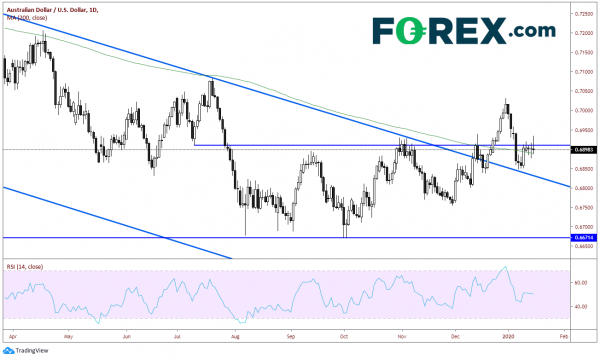 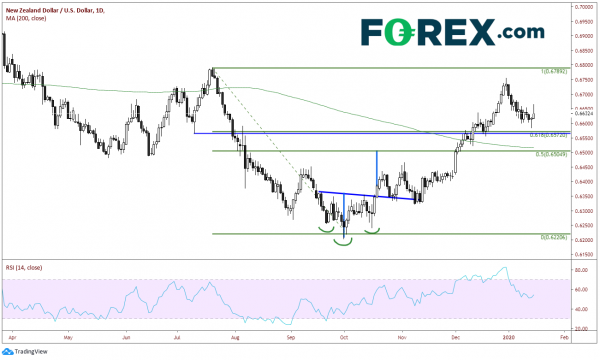 Shooting Star candlestick formations are indicative of a reversal of trend when at a topping formation. Early in the day, buyers come in and push the price higher. However later in the day, sellers overtake buyers and put price lower near the opening price. The color of the candle is irrelevant as long as the body of the candlestick is less than 50% of the wick.

It is true that the US Dollar Index (DXY) was bid most of the US session, which probably caused the Aussie and Kiwi to move lower. However, this just means that there wasn’t much of a reason to trade the Australian Dollar and New Zealand Dollar ahead of the China data releases in a few hours. 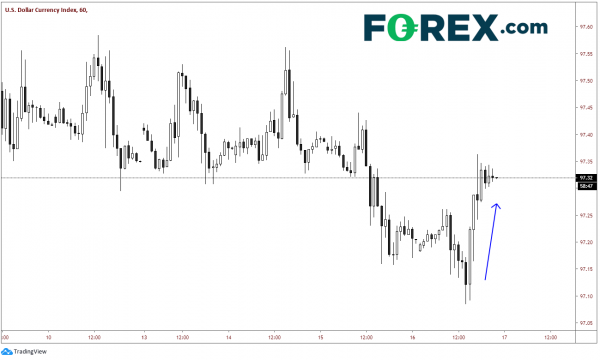 Later we will see some of the first data from China after the US-China trade deal was agreed to (and signed). This includes Q4 GDP (5.9% expected), December Industrial Production (5.7% expected), and Retail Sales (7.5% expected). The markets will have a better understanding of not only how the impending US-China “Phase One” deal affected China in Q4, but also the first impact on production and sales after an agreement was reached.

Expect some volatility around the data as traders position themselves for the data release. However, the shooting stars on the daily timeframe already indicate that traders may expect the data to be worse than expected!