The Australian dollar was bearish against all of its major pairs.

The GBP/USD currency pair is in focus. Prices remain in a bearish trend channel on a 15-min chart. The 1.225 level above should act as resistance on the decline. Look for a continuation lower towards 1.2185 support and ultimately 1.215. A break above 1.225 may lead the pair higher towards 1.2295. 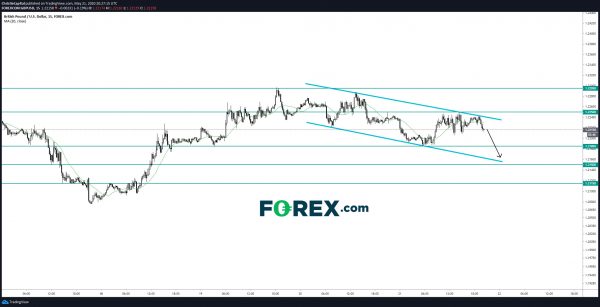