Dollar continues to trade mixed after weaker than expected data. Durable goods orders grew 1.8% in January, below expectation of 1.9%. Ex-transport orders dropped -0.2% versus expectation of 0.5% growth. Traders are staying cautious ahead of the highly anticipated address to Congress by US president Donald Trump tomorrow. Trump would likely provide details on dismantling the Affordable Care Act, or so-called Obamacare. However, market’s attention will be on other economic related issues. That include the long-awaited tax reform that boosted stocks to new records highs. Traders started to reposition late last week as seen in the divergence in major indices. Also the greenback pull backed back following sharp fall in yields. The greenback could be vulnerable to selloff if Trump fails to live up to expectations again.

Separately, Fed Chair Janet Yellen and Vice Chair Stanley Fischer will be speaking on Friday on the economic outlook. The market has priced in higher chance of a rate hike in March with the OIS implied probabilities rising to 47.8% from 46.3% previously, following comments from Philadelphia Fed’s Patrick Harker and Dallas Fed’s Robert Kaplan, both appeared to support a March hike. Comments from Yellen and Fischer later this week should give more hints on Fed’s normalization schedule.

Euro strengthens mildly today on news that centrist French presidential candidate Emmanuel Macron opened up his lead over Republican Francois Fillon. Macron also managed to narrow the gap with rightist anti-Euro Marine Le Pen. Two polls published over the weekend showed that Macron has 25% support from French electorate going into April’s election, just two points behind Le Pen. Overall, analysts maintained their view that no candidate can get majority vote in first round of election. And Macron is favorite to beat Le Pen in and one-on-one run-off in second round. However, as Le Pen’s win would increase the risk of Frexit, Euro will remain sensitive to political news from France.

Sterling is under broad based selling pressure today. Selloff in the Pound is seen as a reaction to news that Prime Minister May is preparing for Scotland to call for another independence referendum. And that would come as May triggers the Article 50 for Brexit negotiation with EU by the end of March. It’s reported that May could agree to the vote on condition that it happens after completing the Brexit process. 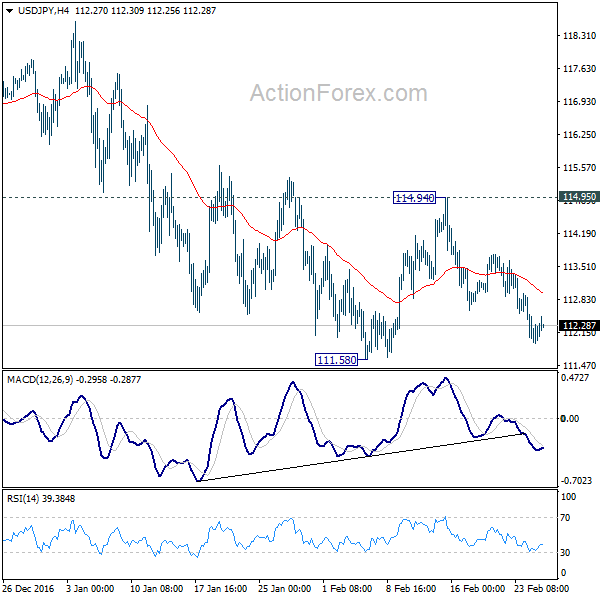 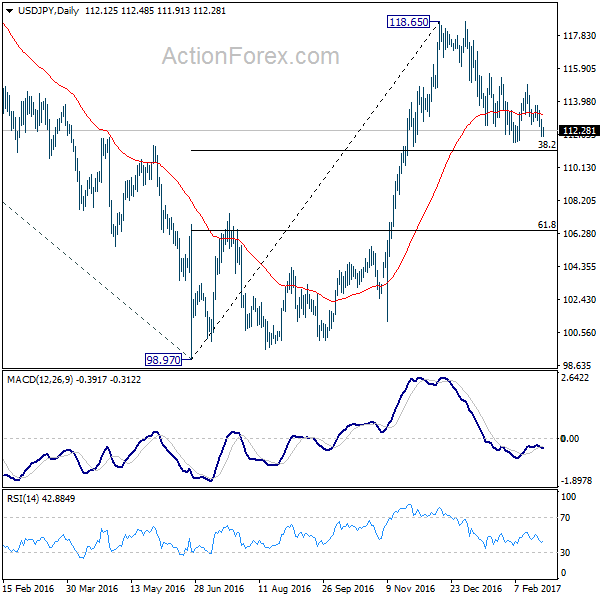