Nevertheless, it should be noted that recovery in US stocks have already been losing momentum since Thursday. We might see a come back in risk aversion if there is no slowdown of the coronavirus spread. In particular, some Asian countries like Singapore, Malaysia, Thailand, and even Japan, are vulnerable to second wave of attack by the coronavirus. Dollar, which is now close to key support zone, could strike back. The coming week could be crucial to the greenback’s fortune for Q2. 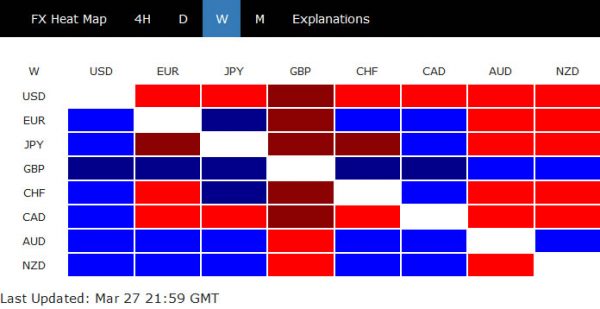 Dollar index suffered a huge setback last week after Fed’s QE infinity announcement. Break of 55 day EMA (98.72) is a sign of disruption of the up trend. While further decline might be seen initial this week, we’d tend to look for strong support from 61.8% retracement of 94.65 to 102.99 at 97.83 to bring rebound. But even so, there is little prospect of up trend resumption for the near term as consolidation form 102.99 should extend for a while. 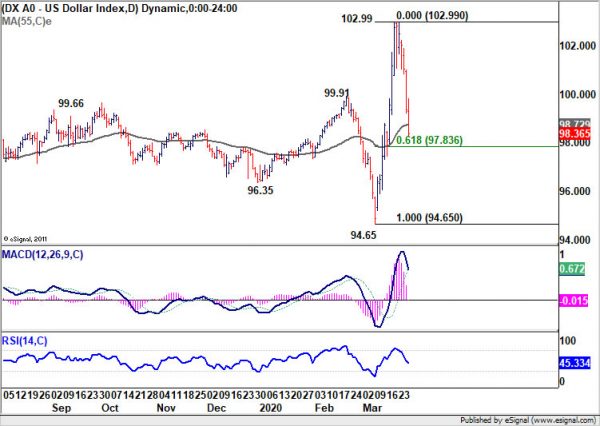 However, sustained break of 97.83 will put focus back to 94.65 key support level. Sustained break of 94.65 will argue that whole up rise form 88.25 has already completed after rejection by 103.82 key resistance. The corrective pattern from 103.82, in this case, is going to extend with another falling leg back towards 88.25 key support before completion. 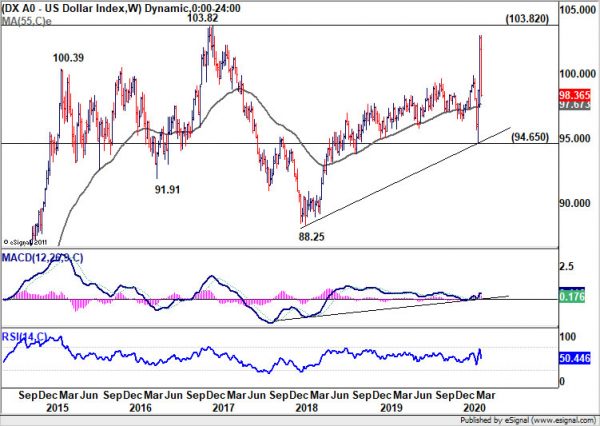 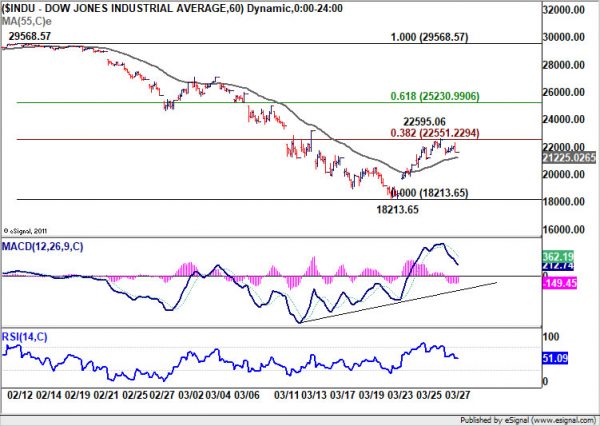 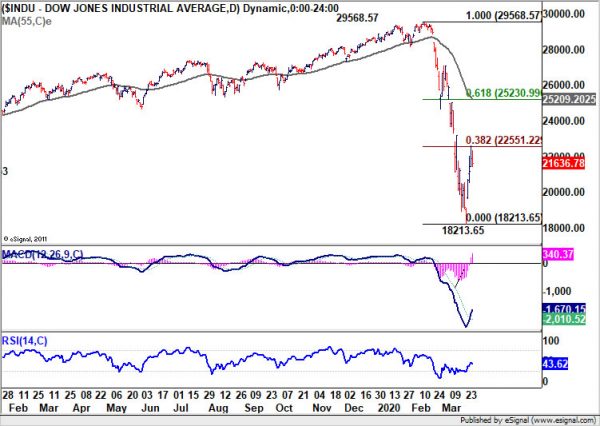 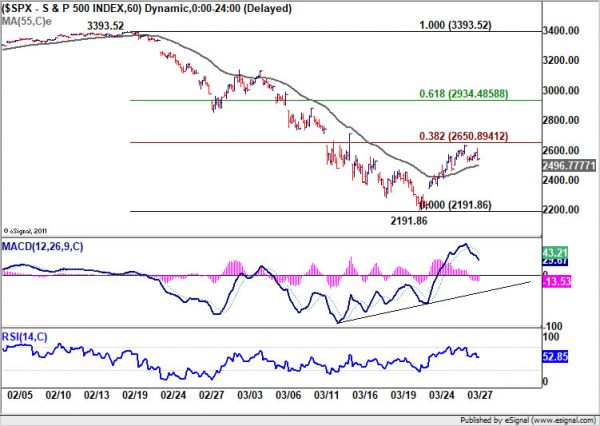 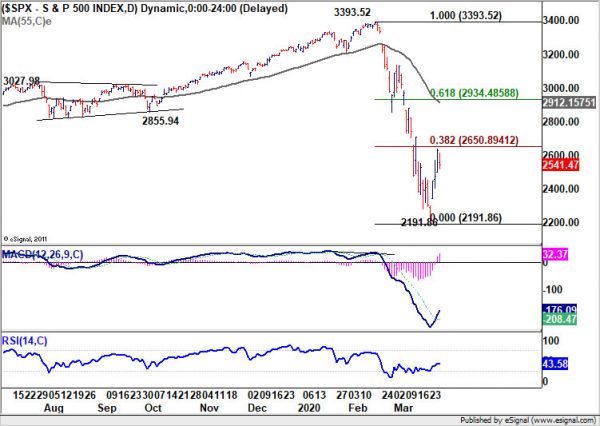 Development in Gold could be used as a test on whether Dollar is staging a genuine rebound. Gold’s rise from 1451.16 is seen as the second leg of the consolidation pattern from 1703.28. It has already be losing upside momentum as seen in 4 hour MACD. Break of 1556.00 support will argue that the third leg of the consolidation has already started, back towards 1451.16 support. Ideally, should Dollar be rebounding, we should see a corresponding break of 1556.00 support in Gold. 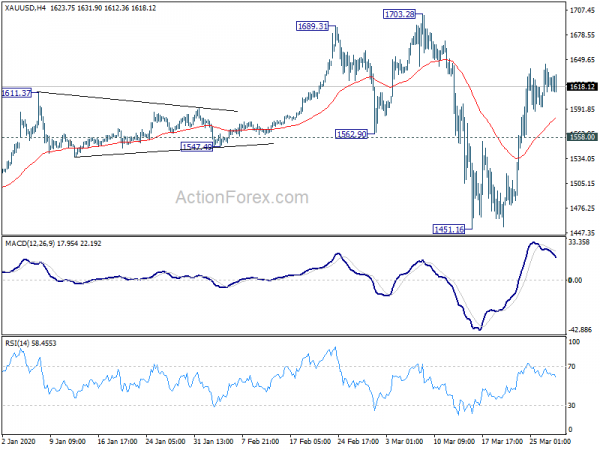 However, another rally will put 1703.28 back into focus. Decisive break there will indicate larger up trend resumption. That could correspond to a break of above mentioned 94.65 key support in Dollar index, which suggests bearish reversal. 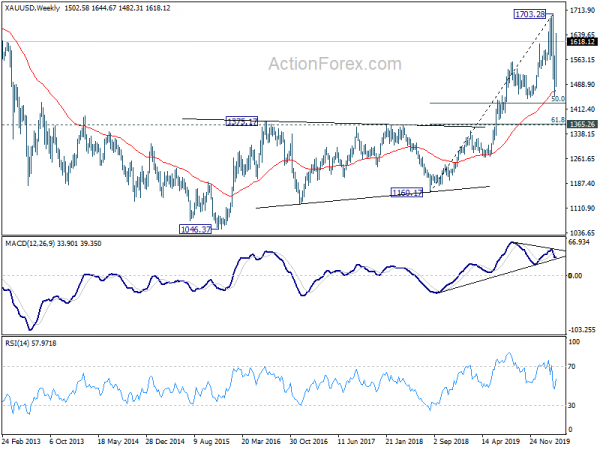 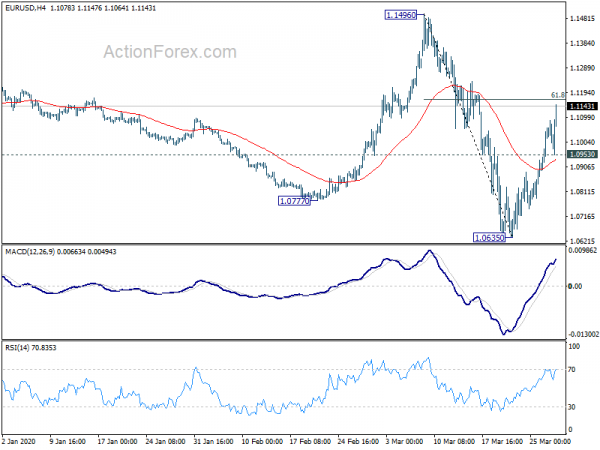 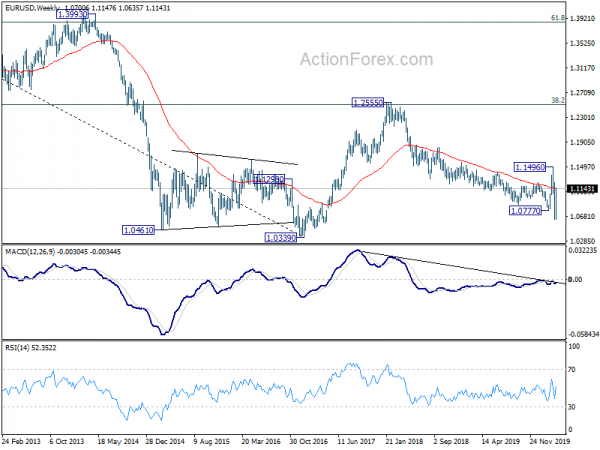 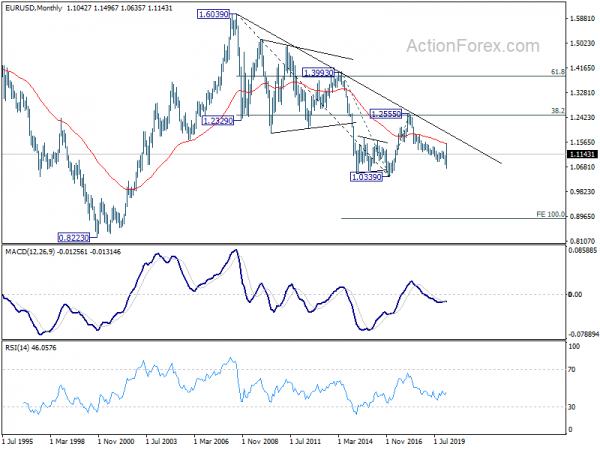