US equities surged yesterday on Santa rally, yet DJIA failed to take out 20k handle and closed at 19974.62, up 91.56 pts, or 0.46%. It was, nonetheless, a record high. Meanwhile, S&P 500 also gained 8.23pts, or 0.36%, to close at 2270.76. Treasury yields also closed higher with 10 year yield gained 0.026 to 2.568 but stayed in recently established range. Dollar stays firm and is trading higher against most major currencies for the week, except versus Yen as USD/JPY is stuck in consolidation. In other markets, Gold trading sin tight range between 1125/1145 as sideway consolidation extends. WTI crude oil is trading higher at 53.6 but is held below recent resistance at 54.51.

US president-elect Donald Trump announced on Tuesday the plan to create an infrastructure "task force" for implementing a top level spending program. Meanwhile, the proposed "border adjustment tax" is expected to boost inflation. A key concern is, however, that the loose fiscal policy would likely result in higher budget deficit. US equities are staying in near term bullish trend and will pay close attention on the more details of Trump’s plan to be unveiled in January. For moment, DJIA is on course for 61.8% projection of 10404.49 to 18351.36 from 15450.56 at 20361.72. 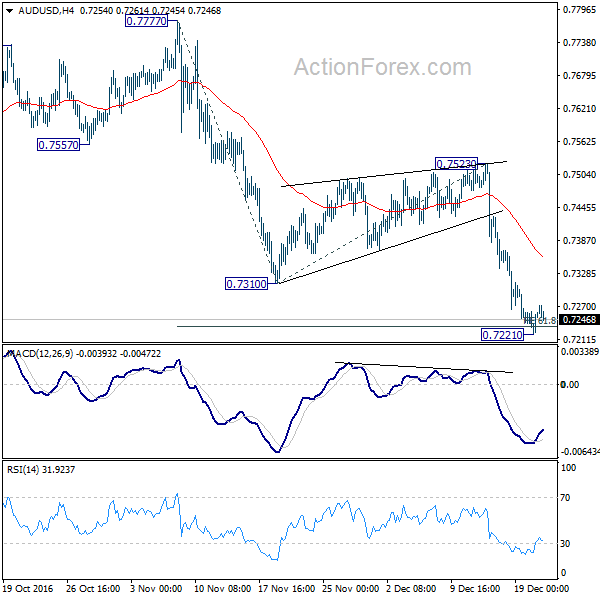 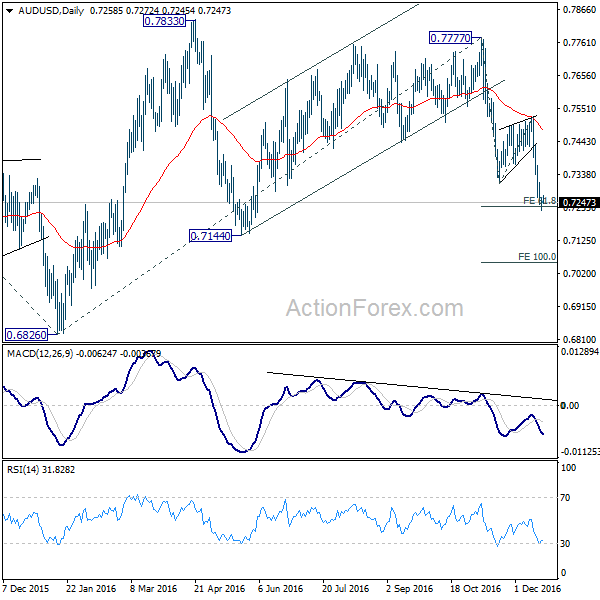