Dollar remains generally pressured, except versus Sterling, after yesterday’s FOMC announcement. FOMC voted unanimously to leave its policy rate within a target range of 0.50-0.75%. The outcome had been widely anticipated as the Fed just adopted rate hike of 25 bps in December. Only minor changes were seen in the accompanying statement. In short, policymakers retained the stance that future interest rate change would be ‘data dependent’. They also reiterated that economic conditions will evolve in a manner that will warrant only gradual increases in the federal fund rate’. Fed’s view on the economic outlook has not changed, with overall growth remaining ‘moderate’ and the balance of risks ‘roughly balanced’. The focus will now turn to Chair Yellen’s Congressional testimony on February 14-15. During the 1.5 week period, we would receive the employment report for January. More in Fed Upbeat About Employment, Next Rate Hike Data Dependent.

GBP/USD dropped sharply after hitting 1.2705 and intraday bias is turned neutral again. Overall, rise from 1.1986 is seen as the third leg of the consolidation pattern from 1.1946. Hence, in case of another rise, we’d expect strong resistance from 1.2774 to limit upside and bring down trend resumption eventually. On the downside, firm break of 1.2411 minor support will argue that it’s completed and turn bias to the downside for 1.1946 low. 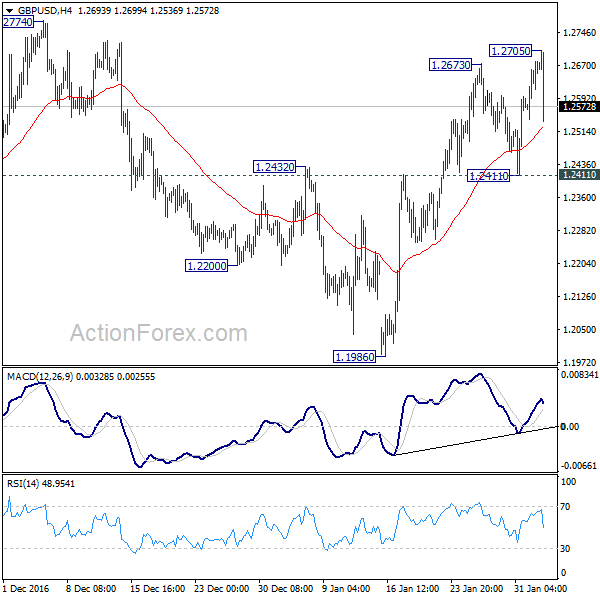 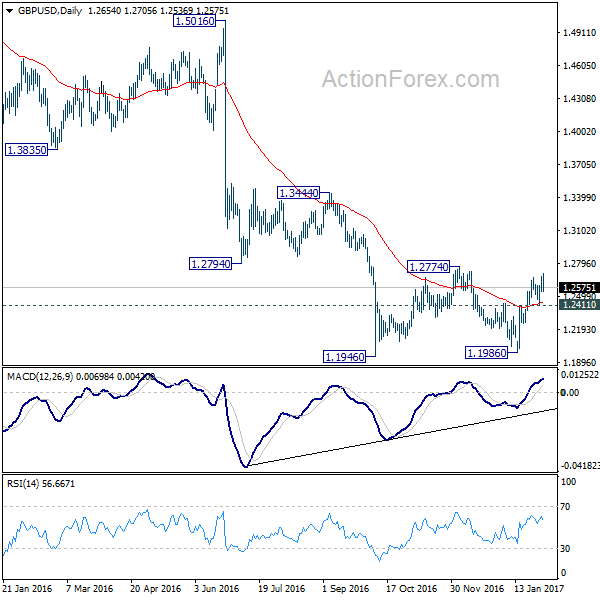