Action Forex
HomeMarket OverviewWeekly ReportDollar Down But Not Out Yet after Selloff, Trump Inauguration Key

Dollar Down But Not Out Yet after Selloff, Trump Inauguration Key

Dollar ended the week broadly lower, except versus Sterling, after US president-elect Donald Trump disappointed the markets by not giving any details on his policies during the first post election press conference. Dollar index reached as low as 100.72 before recovering to close at 101.18. Meanwhile, the greenback also took out key near term support level against Euro, Yen and Canadian Dollar, which carries some bearish implications. However, treasury yields staged a strong rebound on Friday, which could provide some relieves to Dollar bullish. 10 year yield closed at 2.380, after dipping to as low as 2.309, comparing to prior week’s close at 2.418. Stocks were also resilient with NASDAQ closing a fresh record of 5574.12. DJIA stayed in tight range of around 200 pts. below 20000 handle. There are still prospects for the greenback to strike back is Trump delivers in his inauguration on January 20.

10 year yield seems to be losing some downside momentum ahead of 55 day EMA (now at 2.281). Immediate focus will be on 2.432 minor resistance this week. Break there would possibly bring retest of 2.621 resistance. At this point, we don’t expect an upside breakout yet and more consolidation would be seen. Meanwhile, below 55 day EMA will likely extend the correction lower to 38.2% retracement of 1.336 to 2.621 at 2.130.

Hence to conclude, which the greenback was down, it isn’t out yet. Resilience in stocks and yields would provide support to Dollar in general. But Dollar’s fate will heavily depend on whether Trump would turn his words into actions. Regarding trading strategies, our positives were both stopped by the unexpected weakness in Dollar. We will keeps our hands off this week and see whether the greenback is in genuine trend reversal, or it’s just a blip.

EUR/USD’s rebound from 1.0339 extended higher last week. Break of 1.0652 resistance indicates bottoming. Initial bias stays mildly on the upside this week for 1.0872 resistance and possibly above. On the downside, below 1.0453 minor support will turn bias back to the downside for 1.0339 support. Break there will extend the larger down trend towards parity. 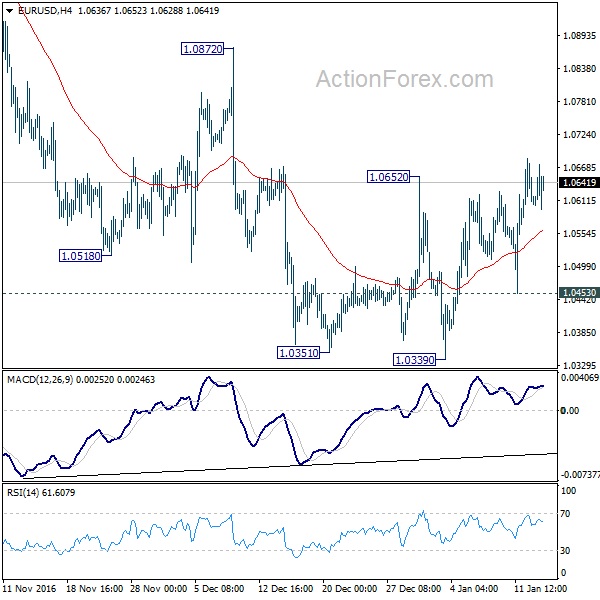 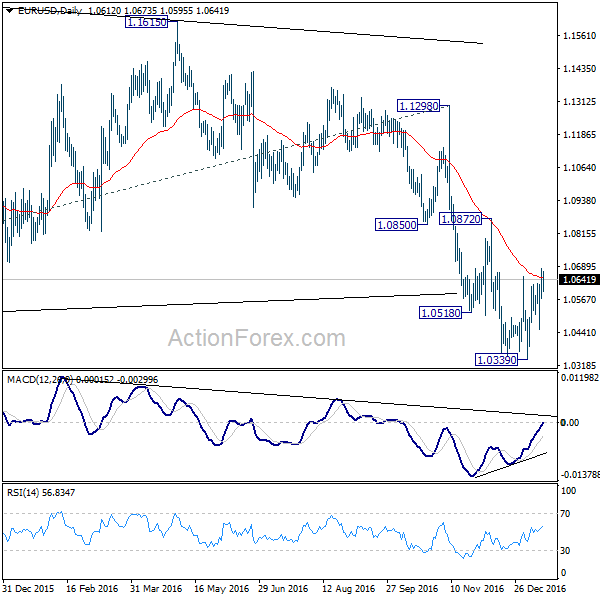 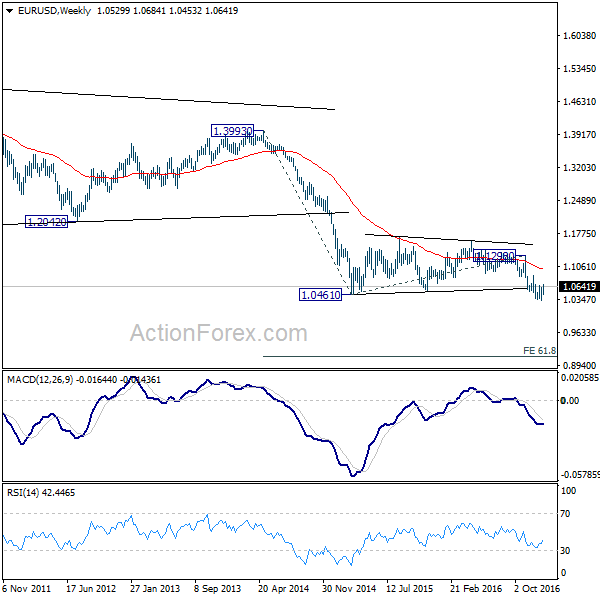 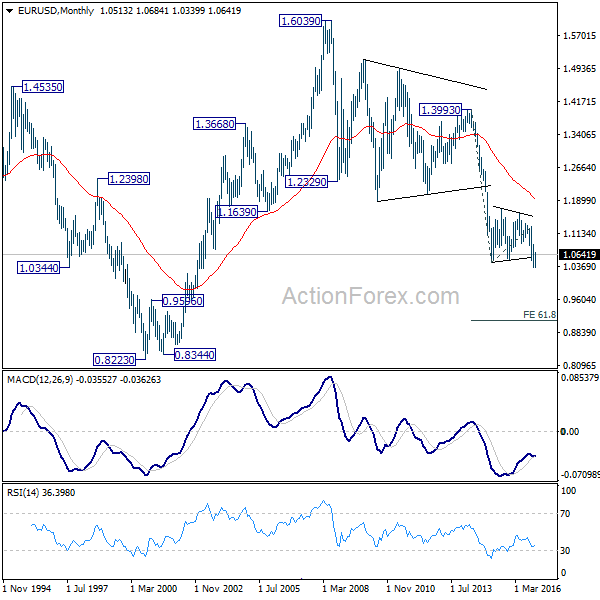 The End of the Bear-Market Rally?