Scientific research has shown that certain phenomena that appear to be unrelated, in fact cluster at the same period and turn at the same time. These phenomena are often recurring and follow a cyclic model.

Price activity in the financial markets

Price activity in the financial markets is charted using two axes – the price axis and the time axis. Price is the center of many technical analysis theories, concepts and tools. In contrast, time often enjoys less attention and focus – but it has not been universally ignored. Ralph Nelson Elliott, an American accountant and author, developed the Wave Principle. This theory centered around wave time analysis and continuation patterns such as triangles, which Elliott stated could forecast the time that a minimum price target or objective may be reached. Another example is W.D Gann, who claimed to be able to predict the dates and times of significant international conflicts and financial events using methods based on geometry, astronomy and ancient mathematics.

Time cycles may be used to forecast the beginning or end of a bullish and/or bearish market and the validity of a trendline. Moving averages and oscillators may be also optimised to the period of the dominant cycle. In fact, the period of such indicators is usually set to half of the cycle. For example, the Lunar cycle consists of 28 days –   so it is hardly surprising that many indicators use 14 as their default period.

Anatomy of a Cycle

There are three important parameters that are related to cycles and cycle analysis; amplitude, period and phase. 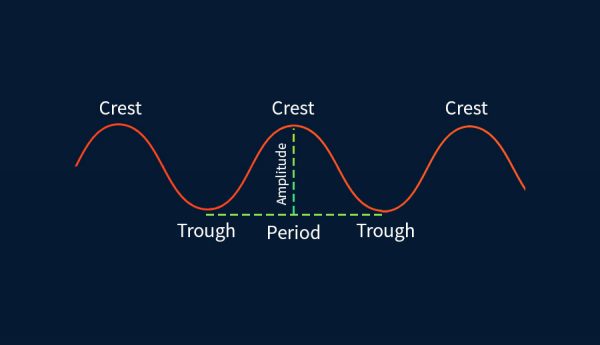 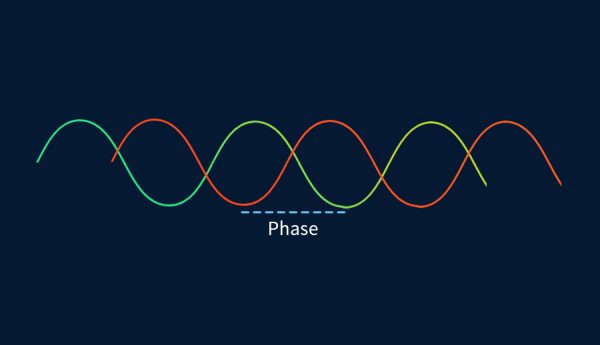 Cycle analysts look for cycles on the price charts to help them identify turning points in the market. One of the ways to identify a cycle is through visual inspection. Of course, this may not be the easiest task – especially for beginners – but with persistent practice, cycles will be visible. Measuring the period between consecutive troughs and then calculating their average can be a good indicator to estimate the next cycle trough. 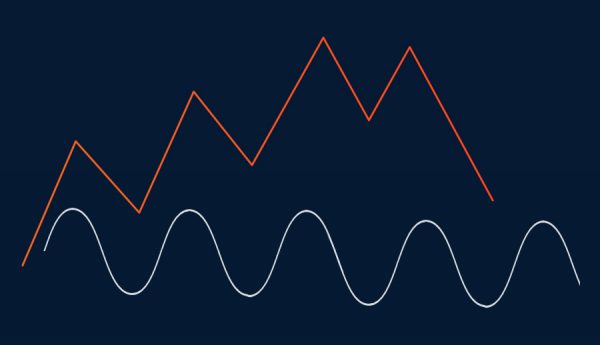 If cycles are not visible by visual inspection, then they most probably do not exist.

Economist William Stanley Jevons was one of the first to observe that financial crisis followed a pattern or cycle of occurring every 11 years during his long research in the 1800s. Other scientists also mentioned the cyclic behavior of economic phenomena. Kondratieff wrote about a cycle of 54 years in wholesale prices, while Kuznets referred to a real-estate cycle of 18 years in the USA. Juglar also identified a cycle in the rise and fall of interest rates of 9 and 11 years.

While many of these researchers received some notable criticism, there is nothing to lose by considering alternative viewpoints. Should cycles indeed exist in the financial markets, investors should be aware and open-minded enough to consider them whilst planning their trading strategies.