‘The big uptick in permits should be good news for inventory-constrained homebuyers, as permits eventually become starts, which in turn become new homes for sale. As a result, we shouldn’t be surprised to see a strong uptick in starts in mid-2017.’ -Ralph McLaughlin, Trulia

US building permits advanced more than expected whereas homebuilding activity weakened in January, official figures revealed on Thursday. The Commerce Department reported building permits rose 4.6% to a seasonally adjusted annual pace of 1.29 million in January, following the previous month’s upwardly revised 1.23 million units and surpassing analysts’ expectations for a 1.23 million-unit rate. The increase caught markets by surprise, as the figure reached the highest level since November 2015, suggesting solid growth in starts in the middle of 2017. Meanwhile, housing starts declined 2.6% to an annualised rate of 1.25 million units in the same month, following December’s upwardly revised reading of 1.28 million, whereas economists expected them to increase to a 1.23. Analysts suggest that the housing market recovery is likely to be sustained by strong labor market, which supported household formation. Separately, the Philadelphia Federal Reserve said its Manufacturing Index jumped to 43.3 points in February, the highest level in 33 years, driven by a jump in new orders, which climbed to 38.0 from 26.00. Data also showed the Employment Index fell to 11.1 from 12.8, while the Business Outlook Index for the next six months slid to 53.5 points. 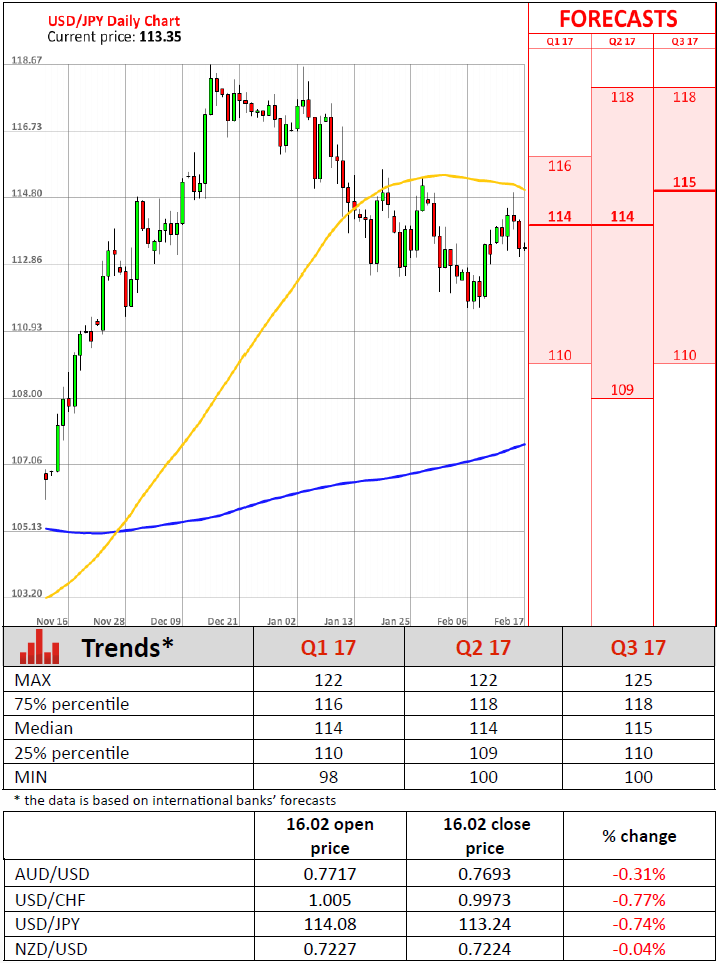