In economic news, Germany’s factory orders unexpectedly dropped 1.6% on a monthly basis in December, signalling further signs of economic slowdown and defying market consensus for a gain of 0.3%. In the preceding month, factory orders had recorded a revised fall of 0.2%.

In the US, data indicated that the US trade deficit narrowed to $49.3 billion in November, following a deficit of $55.5 billion in the previous month. Market participants had expected the nation to post a deficit of $54.0 billion. Moreover, the nation’s MBA mortgage applications fell 2.5% on a weekly basis in the week ended 01 February 2019, hitting its lowest level in 10 months and compared to a drop of 3.0% in the prior week.

Going forward, traders would keep an eye on Germany’s industrial production for December, set to release in a while. Later in the day, the US consumer credit for December followed by initial jobless claims, will garner significant amount of investors’ attention. 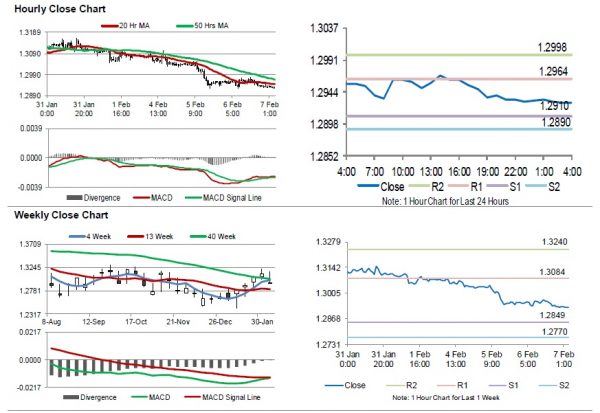 German Inflation In Line With Expectations