Downbeat news dominated the headlines overnight and early morning.  In Australia a double dose negative news helped drag the Aussie dollar lower.  First, RBA governor Lowe signaled it is hard to think rates will rise and then Australia’s fourth quarter GDP reading was the weakest quarterly reading since 2016. Comments from BOJ member Harada added that the BOJ must strengthen easing without hesitation.  The OECD also finally updated their forecast and cut their outlooks for 2019 and 2020.  They were playing catch up since their last forecast came out four months ago.  US trade data also showed that in 2018, the deficit widened to a 10-year high.  Under President Trump’s watch, we have also seen the gap increase by $119 billion, and that may not improve immediately as global growth is softening.

The euro initially fell below the 1.13 handle again after a press report noted ECB officials are ready to cut their outlooks and launch another round of loans for banks.  The market was heavily pricing in that the ECB would cut their forecasts, but the big question was will they announce new long-term loans.  Judging by the currency reaction, it appears that the street was not overly surprised by the press report of new loans. 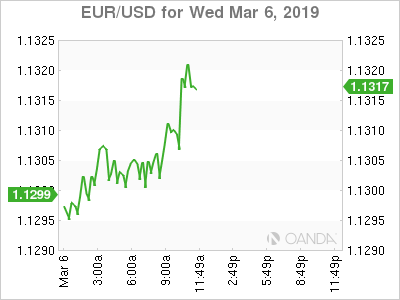 US equities continue to tread water, with little reaction to private payroll and trade data that pretty much confirmed their respective trends.  Employment is still strong and the trade gap continues to widen for the US.  Consumer discretionary and Consumer Staples stocks were positive after strong results from Abercrombie and Fitch and in-line earnings from Dollar Tree, both stocks traded higher on their cost cutting measures. 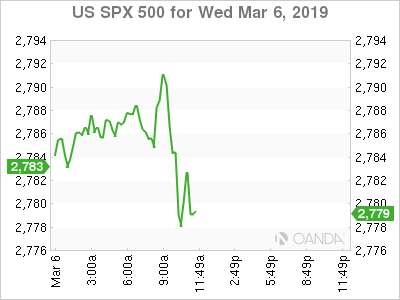 The precious metal is hovering near 5-month lows despite a wrath of negative macro news.  The price action emphasizes how focused the market is on the trade war’s next step.  Any disappointment on the implantation of the trade deal or concerns that punitive powers would likely seeing tariffs frequently being threatened by the US could be supportive for a rebound in gold prices. 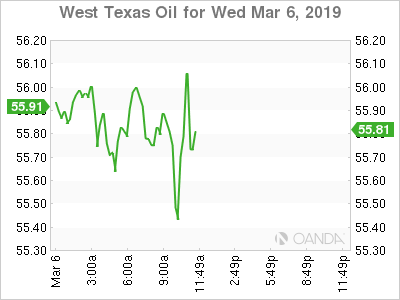 Gold: Yellow Metal Reverses Its Losses In The Asian Session