The European Common Currency depreciated against the US Dollar, following the US Retail Sales data release on Thursday at 12:30 GMT. The EUR/USD exchange currency rate lost 12 pips or 0.11% right after the release. The Euro continued trading at the 1.1138 level against the Greenback.

Census Bureau released the US Retail Sales data, which came out better-than-expected of 1.0% compared with the forecast of 0.4%.

The US Retail Sales got higher on an increase in online purchases. Consistent growth in retail sales indicate that Americans, sustained by plentiful jobs an wages, are still spending. This might be a positive signal as the escalating US-China trade war weigh global economic outlook. 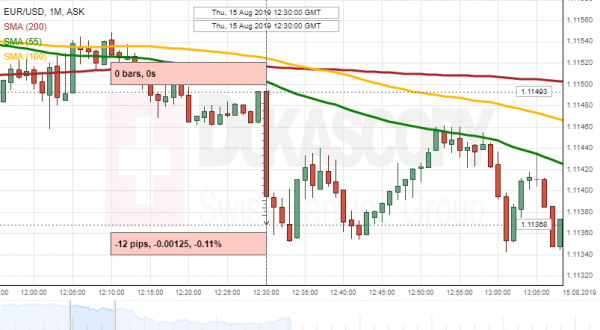