For the 24 hours to 23:00 GMT, the EUR declined 0.35% against the USD and closed at 1.1100, after the European Central Bank (ECB) kept its key interest unchanged and launched a strategic review.

The ECB, in its latest policy meeting kept its key interest rate steady at 0.0% and maintained its commitment to purchasing $22.80 billion a month in bonds. Further, the central bank launched its first strategic review since 2003, in a bid to establish whether its inflation target is still appropriate. Additionally, the bank indicated that loose monetary policy would continue at least until the end of the year as it reviews measures to revive inflation. On the data front, Euro-zone’s consumer confidence index remained unchanged at -8.1 in January, amid persistent regional economic concerns and defying market expectations for a rise to a level of -7.8.

In the US, initial jobless claims increased less-than-expected to a level 211.0K in the week ended 17 January 2020, indicating towards sustained strength in the domestic labour market and compared to a revised reading of 205.0K in the previous week. 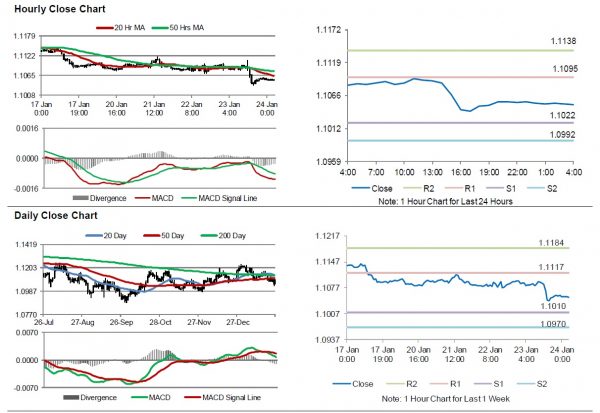