Swiss Franc Holds Steady Ahead Of The SNB Rate Decision

The Swiss franc held steady against the dollar ahead of the first Swiss National Bank (SNB) interest rate decision of the year. The bank is expected to leave interest rates unchanged at -0.75% and possibly hint to a possible hike later this year. Analysts also expect it to upgrade its forecast for the economy’s growth since recent numbers have been better than expected. For example, the country’s retail sales and manufacturing and services PMI have been relatively strong. The unemployment rate has remained substantially low amid the pandemic.

The price of crude oil rose during the American session as the market reacted to the ongoing events at Suez Canal. A big ship owned by Evergreen, a Taiwanese company, has blocked the canal, making it impossible for other ships to cross. Because of its size, it is almost impossible to predict when the passage will be cleared. This could affect oil supply to many countries since most ships from the Middle East pass through the canal. Data by the EIA showed that the number of oil inventories in the United States rose by more than 1.9 million barrels last week.

The US dollar held steady as investors focused on the testimony by Jerome Powell. The first day, he talked about the uneven recovery and the need for low-interest rates and quantitative easing. The currency also reacted to the flash manufacturing and services PMI numbers. According to Markit, the manufacturing PMI rose from 58.6 in February to 59.0 in March while the services PMI rose from 59.8 to 60.0. Later today, the US will publish the final Q4 GDP estimates while some Fed officials like Charles Evans and Richard Clarida will talk.

The XTI/USD pair rose to a high of 61.25. On the hourly chart, the pair is at the same level as the 25-day and 15-day weighted moving averages. It is also slightly above the important support at 60 while the Relative Strength Index (RSI) has moved below the overbought level of 70. The average true range (ATR) has also declined slightly. Therefore, the pair may remain below the current level and then bounce back to the important resistance at 62. 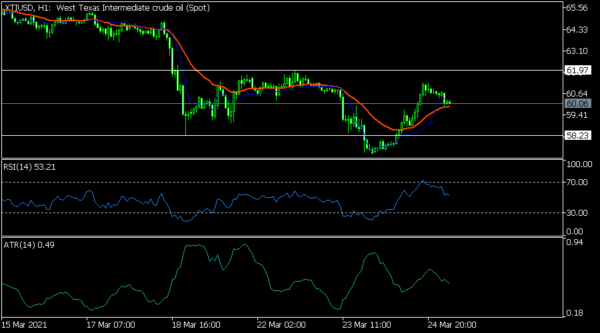 The EUR/USD pair declined to a multi-month low of 1.1815 in the overnight session. On the four-hour chart, the pair has moved below the short and longer term moving averages while the signal and histogram of the MACD have moved below the neutral level. The Relative Strength Index (RSI) has moved to the oversold level for the first time since early this month. The pair will likely bounce back today as bulls rush to buy the dip. 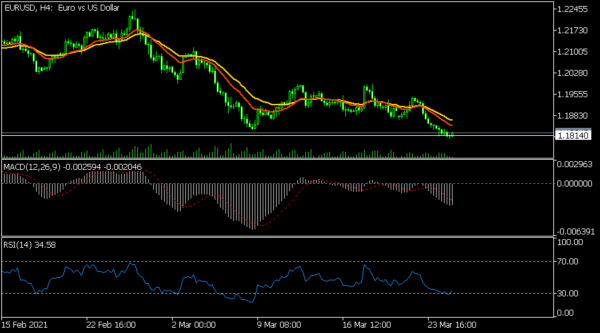 The USD/CHF pair rose to a high of 0.9370. On the four-hour chart, this price is slightly below the important resistance at 0.9374. The price is above the short and longer term moving averages while the Relative Strength Index (RSI) has been rising. The Relative Vigor Index (RVI) has also risen. Therefore, the pair may keep rising as the market attempts to move past the resistance at 0.9374. 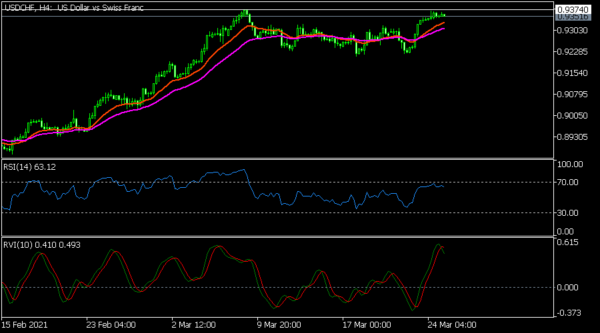