The Australian dollar declined slightly even after relatively strong data from the country. According to the country’s statistics bureau, the wage price index increased by 0.6% in the first quarter. This translated to a 1.6% year-on-year gain and was better than the median estimate of 1.4%. In general, the Australian economy has done relatively well, helped by surging commodity prices and the fact that the Chinese economy has been relatively strong. As such, many analysts believe that the country’s central bank will start tightening in the next few meetings. This will likely start with tapering of asset purchases followed by a gradual tightening phase.

The British pound is hovering near its highest level since February this year. The currency reacted positively to the employment numbers that were published yesterday. The data revealed that the country’s unemployment rate declined to 4.8% in March this year. The economy also added jobs in March after shedding them in the previous months. The currency will react to the upcoming consumer inflation data that will be published in the morning session. The data is expected to show that the headline consumer price index (CPI) rose by 1.4% year-on-year while core inflation rose by1.3%.

The Canadian dollar declined slightly against the US dollar ahead of the country’s consumer inflation data that will come out in the afternoon session. The data is expected to show that consumer prices increased by 0.4% on a month-on-month basis. This will, in turn, lead to a 3.2% year-on-year increase. The loonie has been relatively strong in the past few months because of strong crude oil prices. Also the fact that the Canadian economy has done better than expected. The hawkish sentiment of the Bank of Canada decision has also helped boost the currency.

The USD/CAD pair is trading at 1.2076, which is slightly above this week’s low of 1.200. On the four-hour chart, the pair seems to be forming the right shoulder section of the inverse head and shoulders pattern. It is also slightly above the 25-day exponential moving average (EMA) while the signal and histogram of the MACD are below the neutral line. If the inverse H&S pattern works, it could be a sign of a new bullish trend. 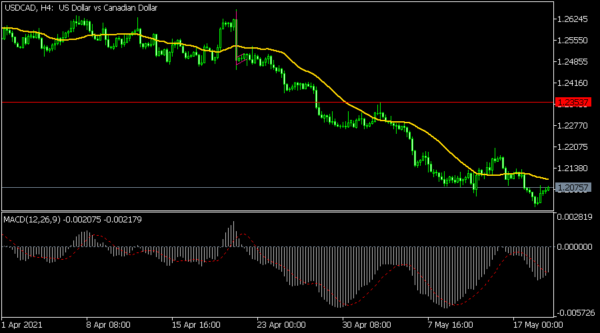 The EUR/USD rose to a high of 1.2231 yesterday as the dollar weakened. On the four-hour chart, the pair moved above the upper side of the ascending channel pattern. The pair seems to be forming a bullish flag pattern at this level. The moving average of the oscillator and the Relative Strength Index (RSI) have also risen. The price is just a few pips below the important resistance at 1.2240. Therefore, the pair may keep rising as bulls attempt to move above this resistance level. 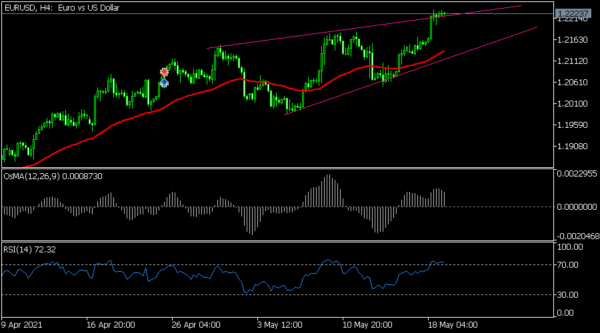 The ETH/USD pair retreated to a low of 3,183, which is slightly above this week’s low of 3,117. On the four-hour chart, the pair has formed an island reversal pattern. It has also moved substantially lower than its all-time high of 4,365 and the 25-day and 15-day exponential moving average (EMA). The Relative Strength Index (RSI) has also been dropping. Therefore, the pair may keep falling as bears attempt to move below 3,000. 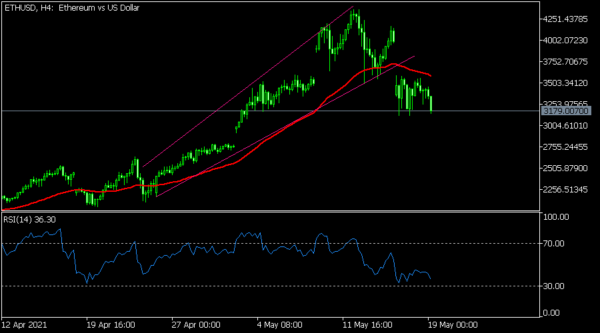