The EURUSD was little changed in the overnight session as divisions emerged among European Central Bank (ECB) members. The bank concluded its first meeting in its new policy framework yesterday and left interest rates and quantitative easing policies unchanged. It pledged to maintain this policy until inflation rose to 2%, which will be in the next 1 to 2 years. Still, some of the committee’s most hawkish members criticized this decision. According to the Financial Times; the Belgian and German bank heads strongly objected to the wording of the statement. The Bundesbank head said that the new conditions were too aggressive and increased risks for higher inflation.

The GBPUSD pair maintained the bullish momentum ahead of the latest UK retail sales numbers. Economists expect data to show that sales increased by 0.4% in June leading to a 9.6% year-on-year gain. They also see the core retail sales rising by 0.6% on a month-on-month basis and by 8.2% on an annualised basis. The pair will also react to the latest flash manufacturing and services PMIs. The pair has been relatively resilient even as the UK faces significant challenges as Delta variant cases reportedly rise.

The economic calendar will be relatively busy today as Markit publishes the flash manufacturing, services, and composite PMI numbers. Data from some countries like the UK and EU is expected to remain steady due to the reopening. Other important numbers scheduled for today are the Canadian and Mexican retail sales data, Singapore inflation, and Sweden producer price index data.

The GBPUSD pair held steady during the American and Asian sessions. It is trading at 1.3766, which is slightly below yesterday’s high of 1.3786. On the hourly chart, the pair has formed a bullish flag pattern and is below the 61.8% Fibonacci retracement level. The Relative Strength Index (RSI) has formed a bearish divergence pattern. It is also slightly above the 25-day moving average. Therefore, the pair will likely break out higher ahead, or after, the latest UK retail sales data. 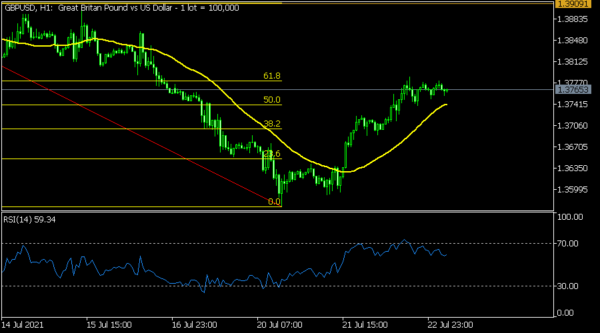 The EURUSD remained in a tight range after the ECB interest rate decision. It is trading at 1.1775, where it has been in the past few days. The pair has formed a falling wedge pattern on the four-hour chart. This wedge is nearing its confluence zone. It is also slightly below the 25-day moving average while the MACD is slightly below the neutral line. Therefore, the pair will likely remain in this range today. An eventual bullish breakout may happen next week around the Fed decision. 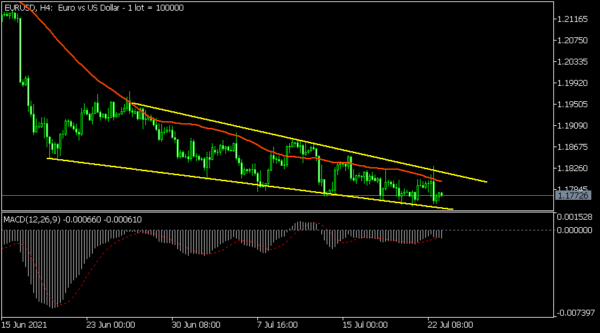 The EURGBP sell-off accelerated during the overnight session. It is trading at 0.8552, which was the lowest level since Tuesday. The pair is substantially lower than this week’s high of 0.8670. The Awesome Oscillator moved below the neutral line while the Relative Strength Index (RSI) fell to the oversold level. It has also declined to the middle line of the descending channel. Therefore, the pair will likely keep falling as bears target the next key support at 0.8500. 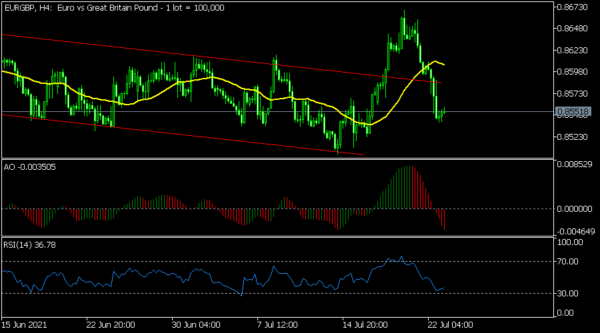