Global stocks declined in early trading as investors continued focusing on Evergrande, the embattled Chinese property developer. The company is 4306 billion in debt, making it the most indebted real-estate developer in the world. In a statement last week, the company said that it could fail to pay its debt as it hired restructuring advisors. According to Reuters, it has started paying some of its wealth management customers using real estate. The wealth management product has about $40 billion in outstanding debt. A collapse of Evergrande will likely lead to significant ripples globally.

The Australian dollar declined in early trading as investors focused on the falling iron ore prices. The prices continued their descent today, adding to the 20% decline that happened last week. Analysts attribute the performance to the decision by China to limit the amount of steel produced this year. Also, the ongoing Evergrande crisis could lead to slow demand for the metal as banks keep property developers at bay. The company’s woes could affect the country’s economy because of the importance of the property sector.

The economic calendar will be relatively muted today with most investors focusing on the upcoming Federal Reserve interest rate decision scheduled for Wednesday. The bank is expected to leave interest rates unchanged and hint about tapering in the fourth quarter. The Swiss National Bank (SNB) will also deliver its rate decision. It is expected to leave rates unchanged and warn about the overvaluation of the Swiss franc. Other key data scheduled for this week are US housing starts and existing home sales numbers. Also, investors will watch out for the Canadian election and the ongoing campaign period in Germany.

The EURUSD pair declined sharply as global risks rose. It declined to a low of 1.1725, which was the lowest level since August. On the four-hour chart, the pair moved below the 25-day and 50-day moving averages while the Relative Strength Index (RSI) dropped close to the oversold level. It also moved below the neckline of the head and shoulders pattern. Therefore, the pair will likely keep falling as bears target the key support at 1.1650. 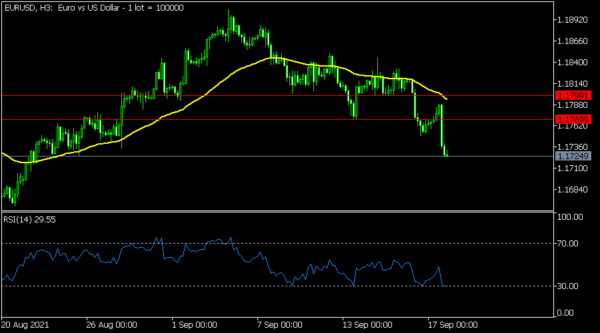 The USDCHF pair held steady as investors refocused on the upcoming Fed and SNB interest rate decisions. The pair rose to 0.9321, which was substantially higher than all moving averages. It also crossed the key resistance level at 0.9235, which was the highest point in the past few months. It was also the upper side of the ascending triangle pattern. Therefore, the pair will likely keep rising as investors target the key resistance at 0.9400. 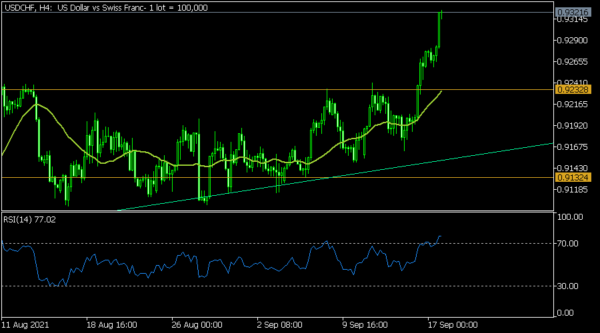 The GBPUSD pair declined to 1.3727, which was the lowest level since August. On the hourly chart, the pair managed to move below the key support levels at 1.3763 and 1.3798. It also moved below the Ichimoku cloud and the moving averages. The pair will likely remain under pressure as bears target the key support level at 1.3650. 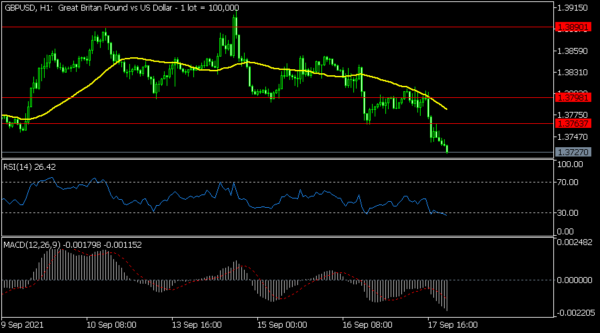