Payroll employment rose by 210k in November in the US, disappointing consensus expectations for another half a million gain to build on a 470k average pace of increase over the prior 3 months. Hiring momentum among close-contact service industries stalled in November ahead of the holidays, despite a still large shortfall in jobs versus pre-pandemic levels. Leisure and hospitality posted a small gain (+23k) and retail saw an outright decline (-20k). Notable gains instead were seen in professional and business services (+90k) and transportation and warehousing (+50k), the latter remains one of the only few industries to have recouped all of the pandemic losses.

From the separately released household survey, the unemployment rate fell lower to 4.2% and the labour force participation rate ticked up to 61.8% but was still much lower than the +63% rate pre-pandemic. Indeed, insufficient inflow into the labour force, coupled with sky-high job openings has put significant upward pressure on wage growth in recent months. And that’s particularly true among a few services industries where labour shortages have been more acute. Average hourly earnings were 5% higher in November comparing to the beginning of this year for all private industries, but 13.7% higher for leisure and hospitality and 8.9% higher for transportation and warehousing.

Despite a 2.4 million shortfall in the size of the labour force relative to pre-pandemic, it is still difficult to see a large amount of ‘hidden’ unemployment. The gap between the benchmark unemployment rate (U3) and broader measure of labour force utilization like the U6 – which includes workers who want a job but aren’t counted as ‘unemployed’ because they were not actively looking for work – has declined to levels closer to pre-pandemic already. That implies many of those who have left the labour force simply do not wish to come back. A large part of that can be tied to aging demographics and early retirement. Health-related concerns have likely played a role as well. On that front, the “Omicron” variant that has been rattling equity and commodity markets could risk exacerbating the existing supply crunch, and remains a risk to the near-term growth outlook. But barring much more significant disruptions than are currently expected from the new variant, we expect the Fed to start hiking rates in Q3 2022. 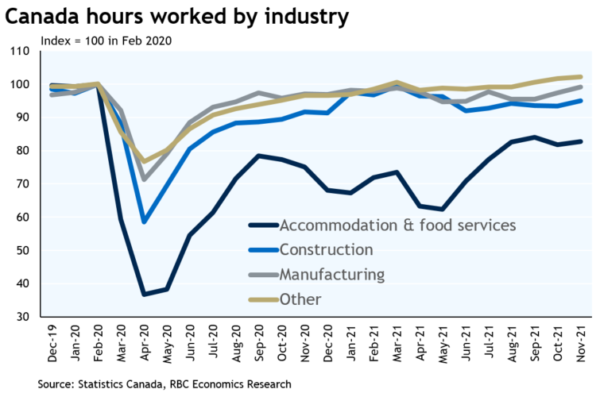 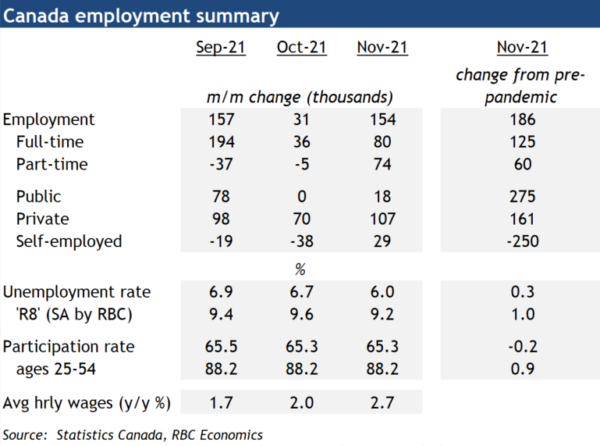