US stocks rose slightly on Monday as investors reflected on the ongoing earnings season. Results published on Monday were mixed. Bank of America, one of the US megabanks, said that its total revenue increased by 2% to $23.2 billion in the first quarter. This increase was helped by a 13% increase in net interest income as loans grew by 8%. These results were in line with what most analysts were expecting. Meanwhile, Schwab said that its net income declined by 6% to $1.4 billion while its adjusted earnings per share declined by 8% to 77 cents. The company attributed the weak results to a challenging environment. Last week, Citigroup and JP Morgan published weak results as well.

The US dollar index maintained its bullish trend even after the weak homebuilder confidence. According to the National Association of Home Builders, the housing market index declined by 2 points to 77 in April. The index sits slightly higher than where it was before the pandemic started. Most homebuilders complained about the rising mortgage rates, which recently hit 5%, the highest point in a decade. The ongoing supply chain issues have also dragged production costs in the past few months. The US dollar will react to the latest US building permits and housing starts data.

The price of crude oil rose on Monday and Tuesday morning even after mixed economic data from China. According to the National Bureau of Statistics (NBS), the country’s economy expanded by 1.3% on a quarter-on-quarter basis and by 4.8% in a year-on-year basis. These numbers were better than the median estimates of 0.6% and 4.4%. However, there are signs that the country’s Covid strategy was hurting growth. For example, retail sales declined by 3.5% in March. Therefore, investors expect that oil demand will slow in the coming months since China is the biggest consumer of oil.

The XBRUSD pair rose to a high of 112.27, which was the highest level since Friday. On the four-hour chart, the pair moved above the descending trendline shown in red. The pair has also invalidated the descending triangle pattern shown in red. It also moved slightly above the 25-day and 50-day moving averages while the Commodity Channel Index (CCI) has been rising. Therefore, there is a likelihood that the pair will keep rising as the EU considers banning Russian oil. 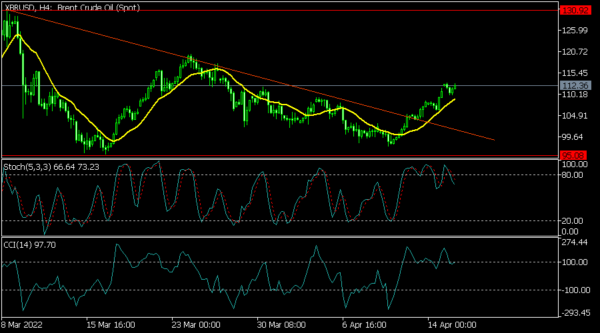 The EURUSD pair continued its bearish trend as the euro sell-off continued. The pair declined to a low of 1.0775, which was the lowest level since Thursday last week. It has moved slightly below the 25-day and 50-day moving averages while the MACD has moved below the neutral level. The Stochastic oscillator moved below the oversold level. Therefore, the pair will likely keep falling as bears target the support at 1.0700. 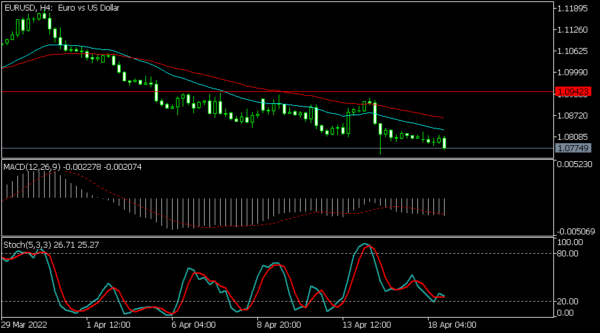 The XNGUSD pair jumped to a high of 8.04, which was substantially higher than the lowest level this year. It has moved above the short and long-term moving averages while the DeMarker and MACD have kept rising. Therefore, the pair will likely keep rising as bulls target the resistance at 8.50. 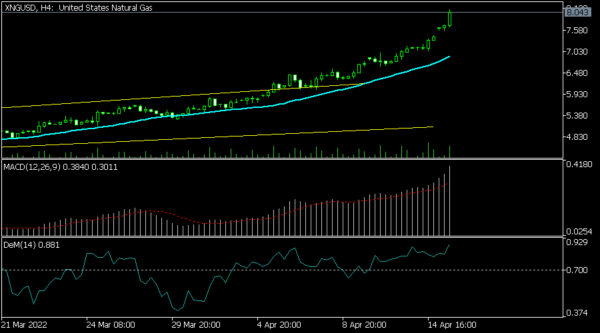