US Dollar Index Steady ahead of FOMC and NFP Data

The price of crude oil dipped slightly even after Germany backed a phased-in ban of Russian oil imports. In a statement, one of the closest advisors of Olaf Scholz said that Berlin was in favour of an oil embargo in a bid to punish Russia. The government has said that it has dramatically reduced the amount of oil it is buying from the country. The main challenge with Germany is on natural gas, which is hard to transport. At the same time, the European Commission is coming up with the sixth sanction package that will target the country’s oil sector.

The US dollar rose slightly on Monday morning as investors repositioned themselves for the upcoming Federal Reserve decision and America’s non-farm payrolls (NFP) data. The Fed, which starts its meeting on Tuesday, is expected to make its second interest rate hike on Wednesday. Expectations are that the bank will hike rates by 0.50% and then start implementing a quantitative tightening policy. The US dollar will also react to the latest NFP data that will come out on Friday. Further, investors will focus on the latest manufacturing and services PMI numbers.

US futures rose slightly on Monday morning after the Chinese government pledged more stimulus in a bid to meet economic targets. The Communist Party’s Politburo said that it will provide more infrastructure spending in a bid to boost the economy. This happened as signs emerged that the country’s economy was slowing due to the Covid lockdowns. Stocks also reacted to the Berkshire Hathaway meeting that happened in Omaha. In it, Warren Buffett sounded optimistic about the market as the firm invested $51 billion in stocks in Q1.

The XBRUSD pair declined to a low of 106.30, which is slightly below last week’s high of 107.3. On the four-hour chart, the pair has moved below the descending channel shown in brown. It has formed what looks like a descending triangle pattern. Further, the DeMarker and Stochastic Oscillator have moved slightly below the overbought levels. Therefore, the pair will likely keep falling as investors wait for the upcoming OPEC+ meeting. 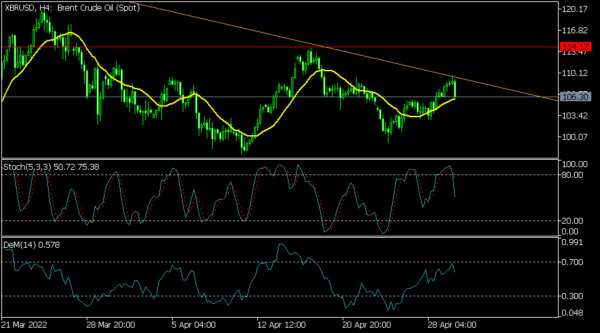 The EURUSD pair was little changed as traders wait for upcoming events from the European Union and the United States. It is trading at 1.0543, which is along the middle line of the Bollinger Bands. The Stochastic Oscillator has moved above the middle line while the Relative Strength Index (RSI) has moved above the oversold level. The Average Directional Index has started falling while the pair has formed a bearish flag pattern. Therefore, the pair will likely keep falling ahead of the Fed decision. 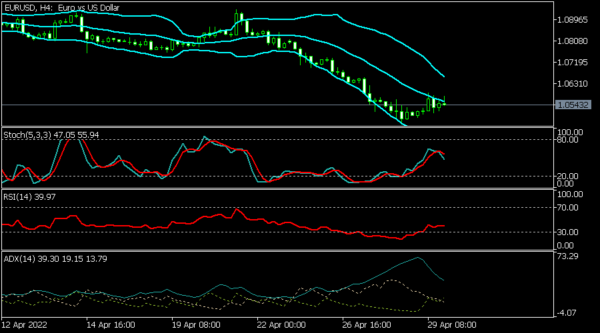 The XAUUSD pair retreated to a low of 1,897 as investors repositioned for the upcoming Fed decision. This price was slightly below last week’s high of 1,920. It has also moved slightly below the middle line of the Bollinger Bands while the Stochastic Oscillator and Relative Strength Index have moved lower. Therefore, the pair will likely keep falling, with the next key support being at the lower side of the Bollinger Bands. 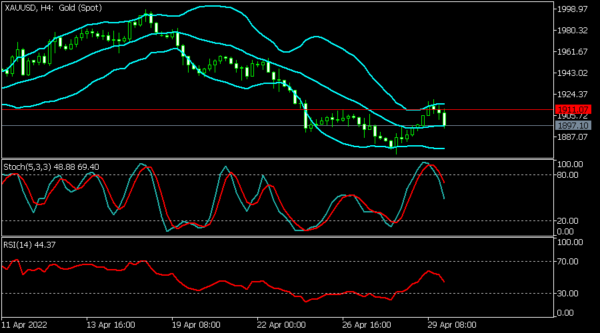