Fed’s December meeting is two weeks away and consensus is overwhelmingly in favour of a 50bp move. Yet, we do not think a larger 75bp hike is a zero-probability event, and markets seem to agree with around 59bp priced in at the time of writing.

Admittedly, most of the recent data has supported moderating the pace of hikes. We have argued that Fed needs to push real interest rates to positive, restrictive levels in order to close the output gap. The recent decline in commodity prices has eased market-based short-term inflation expectations, and as a result the real interest rate curve is now inverted above zero – a clear contrast to the challenge ECB is facing currently. Consumer survey based inflation expectations give less room for optimism, however.

November Flash PMIs and the continuous cooling in housing markets suggest that the tighter financial conditions are having an impact on aggregate demand. Both manufacturing and service indices are now consistent with declining activity, and while we still forecast modest private consumption growth for Q4, the economy seems headed to the right direction from Fed’s perspective.

The weakness in leading indicators has not yet been reflected in hard data, however. October retail sales suggested real consumption volumes have continued to grow. In this light, the upcoming ISM Services release will be the key to gauging if economic momentum has truly cracked. ISM has illustrated clearly less negative picture so far in 2022 compared to its PMI counterpart (and one that has been better consistent with reality).

Labour market conditions remain tight as well, even though markets reacted positively to the October Jobs Report amid the weak household survey. For Fed, the combination of faster-than-expected employment growth, declining labour force participation and accelerating wage inflation was anything but positive. While most leading indicators have a poor record of predicting Jobs Report outcomes, the PMI employment indices did not signal a rapid deterioration of labour market conditions in November either.

As illustrated back in June, Fed could adjust the rate hike pace very close to the actual meeting, and the CPI release a day before the FOMC rate decision could potentially spark rapid repricing this time as well. Cleveland Fed is nowcasting a rebound in Core CPI to 0.5% m/m and we also wrote earlier about some of the reasons why the low October print could have been a one-off (see Research US – Inflation risks are not over yet, 11 November)

While we stand ready to adjust our hawkish call for a 75bp hike in December if warranted by the incoming data, we think consensus underestimates the risk of a larger hike. 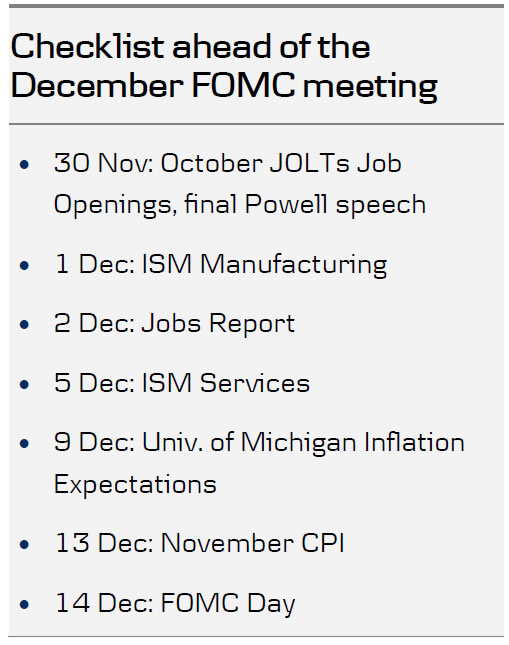 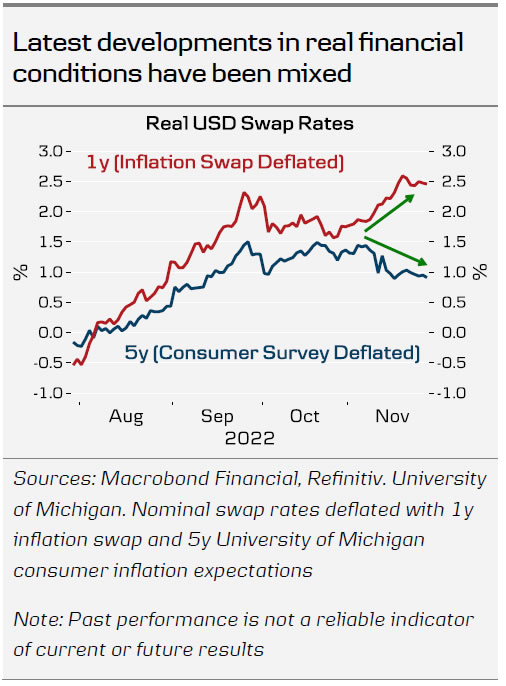