Could the Data Releases Produce Hawkish Expectations for the Bank of Japan?

The second week of the new trading year brings a busier calendar in the Asian powerhouse. There are a plethora of data releases starting with Tokyo CPIs and ending with flow statistics on Friday. With the first BoJ meeting for 2023 scheduled on January 18, the market will have the chance to discover if there are dramatic changes in the underlying economic currents. And potentially offer some excuse for the BoJ hawks to reappear.

Could the BoJ get a lifeline from the data?

The BoJ has been on the sidelines in the current rate hiking race, joining just a handful of the developed world central banks that did not raise interest rates in 2022. It has actually been 16 years since the last BoJ rate hike. However, potentially under domestic pressure, the BoJ managed to steal the headlines before the festive period with its surprising decision to alter the yield curve control. It currently allows the 10-year yield to rise up to 0.5%, double the previous ceiling of just 0.25%.

Inside the same announcement, it mentioned that it will continue to buy Japanese bonds at an increased rate of JPY 9tln per month, the previous pace was JPY 7.3tln per month, but the market, in its inherent need for hawkish news, ignored this side of the story. The post-announcement hawkish market reaction has increased expectations for the new BoJ Governor taking over on April 9. The 40% probability of a 25-bps rate hike in April currently priced in could potentially nudge higher, on the back of the upcoming data and the market chatter about the new man-in-charge.

The trading week starts with Tokyo CPI for December. This regional CPI tends to come at least 2 weeks earlier than the national CPI, providing an early preview of the inflation pressures. The November print came at 3.7% surpassing the May 2014 peak remove extra space and recording the highest growth since January 1991. While the headline inflation numbers look tempting for the BoJ, the muted core inflation index, excluding food, energy, and alcoholic beverages seems to have put a firm lid on any hawkish thoughts up to now. It remains pinned down at the 1-1.5% region for both the Tokyo region and nationwide. 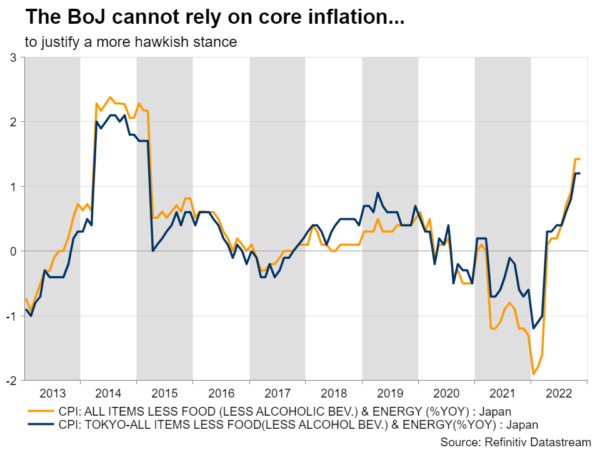 Since the inflation prints are not offering sufficient evidence, the JPY bulls have turned to the remaining set of data. For example, the Tankan, considered the heavyweight in the data calendar, has been improving lately. The next quarterly print comes in April, but the leading indicator, published on Wednesday, tends to offer an early preview for the possible moves ahead. It has been on a downward path, flashing red for a bumpy road ahead. On a similar note, the Current Account statistics have turned negative on the back of the increased oil prices and the inflation rally reducing goods demand globally. Putting the above-mentioned findings together, the picture remains muddy in Japan, potentially tying BoJ’s hands. 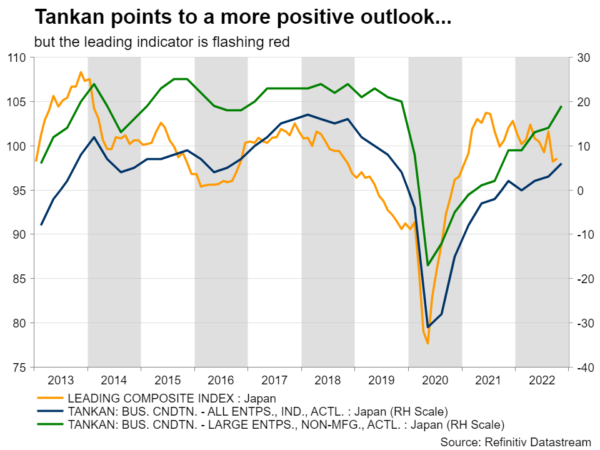 The latest portfolio investment numbers will also be released. On Wednesday, January 4, the weekly flow statistics for the penultimate week of 2022 showed that foreign investors sold an unprecedented amount of Japanese government bonds, and that Japanese investors continued to shed foreign long-term debt securities. The former move appears to be pure positioning for a bearish BoJ, while the latter refers mostly to life insurers cutting foreign exposure to reduce their hedging costs. Historically, flows matter for the Japanese economy and the yen, and it would be interesting to see whether the recovery seen in the yen since late October could rekindle the Japanese investors’ love for foreign securities. 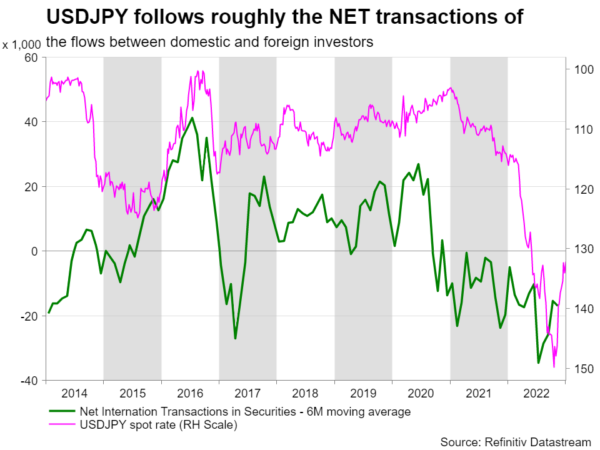 Amidst the volatile fourth quarter, the yen managed to benefit from the dollar underperformance and recovered part of its 2022 losses. It is currently caught up in an area that proved tough to clear in early August. The overall sentiment in the market appears to remain yen bullish, but the momentum indicators are starting to display signs of exhaustion, predominantly the stochastic oscillator. A confident move below the April 28 high at 131.34 could prove the triggering factor for the yen bulls to aim for a new lower low in the dollar/yen pair. 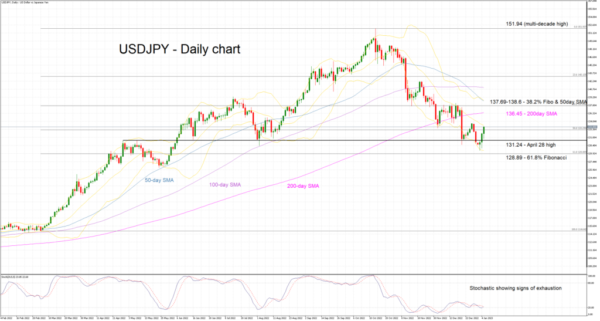