Earlier in the session, the Bank of Japan (BoJ), at its March monetary policy meeting, voted 8-1 to maintain the key interest rate unchanged at -0.1% and its target for 10-year Japanese government bond yields at around zero. Further, the central bank stuck to its upbeat view on the Japanese economy, signalling its conviction that a robust economic recovery will gradually fuel inflation towards its 2.0% target.

Going ahead, investors would closely monitor the BoJ’s meeting minutes along with Japan’s final industrial production and the tertiary industry index, all due to release next week. 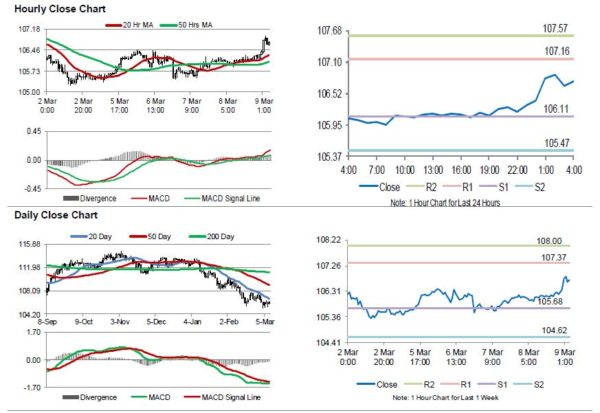 Japanese Yen Reverses Its Gains In The Asian Session

Japanese Yen Trading A Tad Higher In The Morning Session