Bank Of England Revises Up Its Forecasts But Leaves Interest Rates On Hold, Construction Falls In January

‘If we do see a situation where there is faster growth and wages than we anticipated or spending doesn’t decelerate later in the year, one can anticipate there would be an adjustment of interest rates’. -Mark Carney, BoE

On Thursday, the Bank of England’s Monetary Policy Committee voted to hold interest rates at historic lows of 0.25% and let their 60 billion-pound bond purchases end this month as scheduled. Moreover, policymakers left unchanged the Bank’s corporate bond buying program. The majority of analysts suggest that the BoE’s interest rates would probably remain unchanged until the middle of 2019, the projected date of Britain’s exit from the EU. In addition, the Central bank revised its forecasts for 2017. Thus, the jobless rate is likely to fall from its current levels of 4.8% to 4.5%, whereas it was initially expected to climb to 5%. This could allow the BoE to keep its interest rates low for a longer period. Furthermore, the Bank revised upwards its 2017 economic growth forecast from the previously estimated 1.4% to 2.0%. Back in August, the BoE slashed its growth forecast for 2017 to 0.8% amid the post-Brexit vote uncertainty. As to inflation, the Central bank now expects inflation to hit its inflationary target of 2% and probably go even higher due to the weak Pound, which dropped around 20% against the Greenback since the referendum. Separately, Markit/CIPS reported on Thursday its Construction PMI for Britain fell to 52.2 in January after four months in expansion. Meanwhile, analysts expected the Index to drop from November’s 54.2 to 53.9. 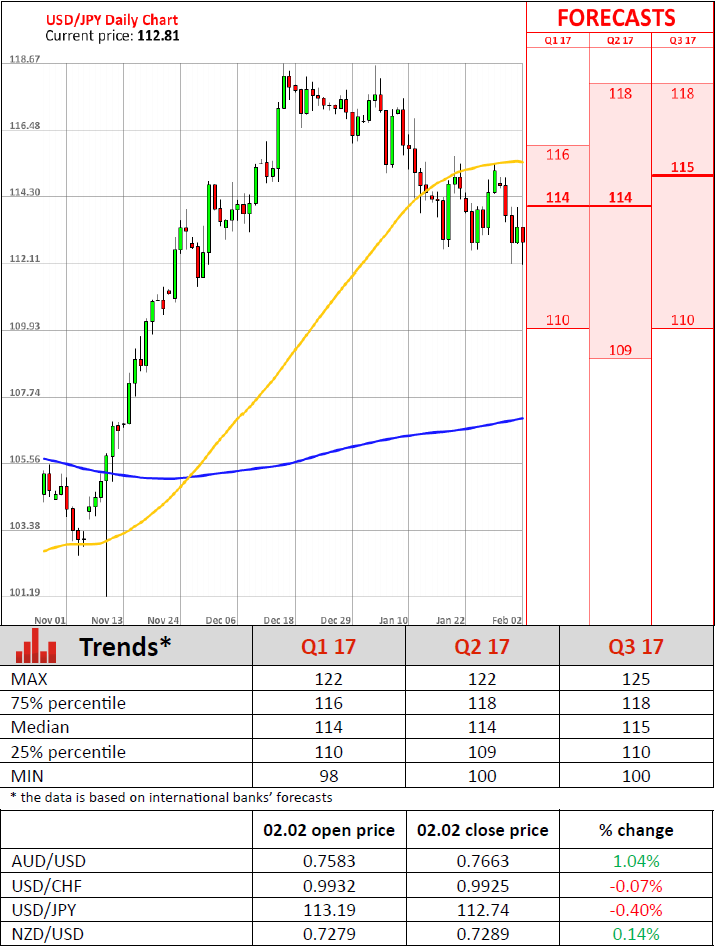