Canada’s CPI rose +2.2% on year-over-year basis in April. Today’s headline print was just shy of the markets expectation of +2.3%. On a month-over-month basis, prices climbed +0.3% in April. 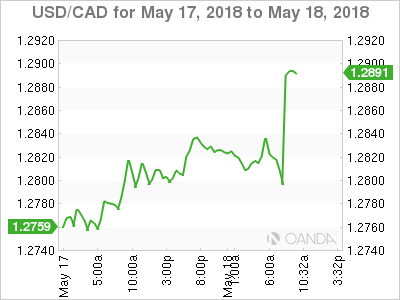 Digging deeper, sales rose in six of 11-subsectors, led by a 3.3% advance at new-car dealers. However, ex-autos, retail sales declined -0.2%.

Due to higher interest rates and new mortgage financing rules, introduced last January, Canadian households are expected to pare back their spending habits to service their increasing debt loads.

The CAD (C$1.2895) has come under considerable pressure, paring back all of this week’s gains, and about to tackle the psychological C$1.2900-20 level where there is some initial interest to buy the loonie. 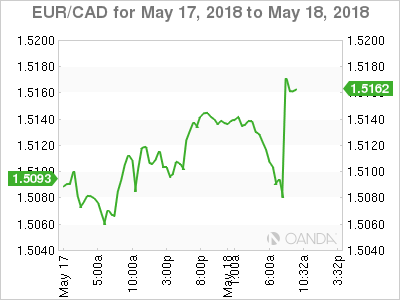