‘The dollar is struggling as U.S. Treasury yields retreated from highs.’ – JP Morgan Chase Bank (based on Reuters)

Even though the GBP/USD currency pair experienced strong downside volatility on Wednesday, it still managed to close above the 1.2460 psychological support. Assuming the given support level remains strong the Cable should now edge higher, ignoring the immediate resistance, namely the weekly PP at 1.2474. Instead, attention should be paid to the 20-day SMA, which rests around 1.2521, but the intraday ceiling could even be the 1.2550 mark—also a psychological level. Meanwhile, technical indicators support the possibility of the positive outcome and an additional purchase signal was provided two days ago, when the 55-day SMA climbed over the 100-day one.

Bullish sentiment still holds more or less at the same level, taking up 61% of the market today. The share of sell orders slid from 56 to 53%. 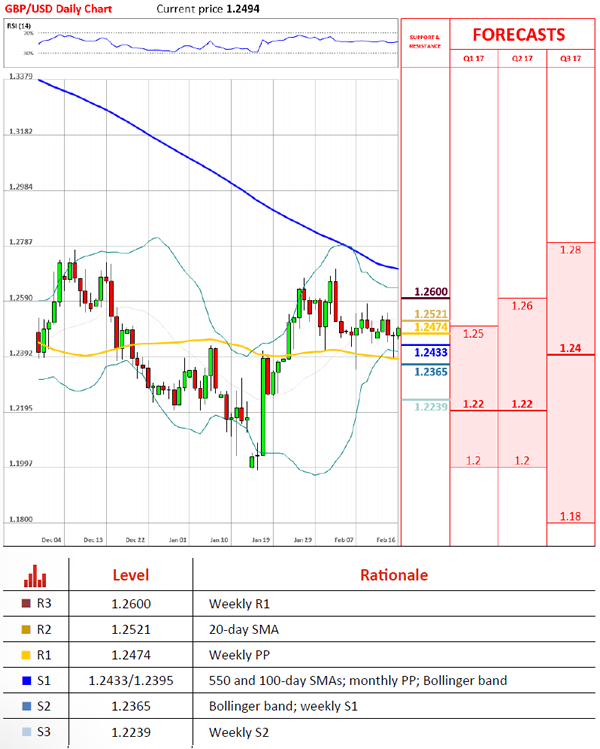 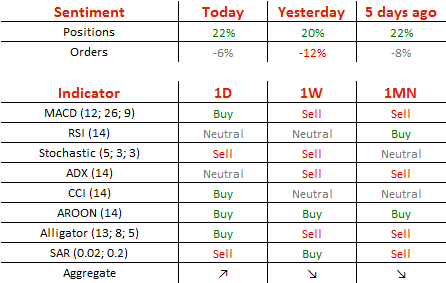