The yellow metal remained near the 1,235 level for the fifth consecutive trading session during the early hours of Wednesday’s trading session. However, during Tuesday’s trading the bullions price increased its volatility to the downside, as the commodity price once more confirmed the uptrend line at 1,226.12. The bullion seems to have formed a short term triangle, as there is another trend line, which together with the uptrend line forms a triangle pattern. Although, for the clues regarding the direction of the upcoming break out market participants need to look at fundamental data coming out from the Federal Reserve.

SWFX traders remain bullish regarding the bullion, as 55% of open positions are long on Wednesday. Meanwhile, 63% of trader set up orders are to buy the metal. 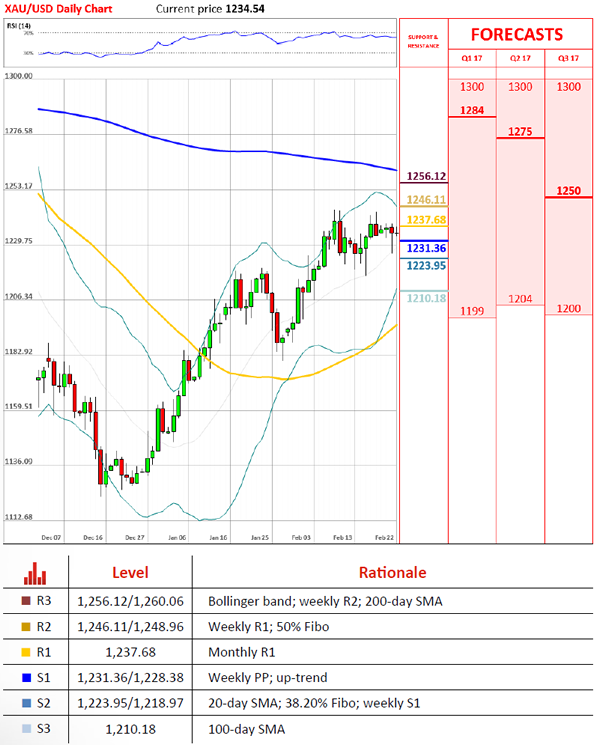 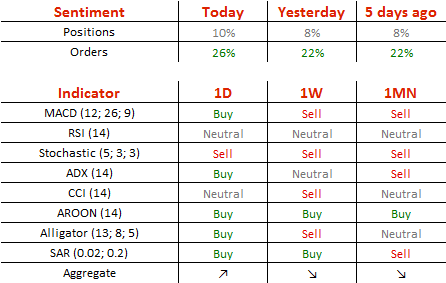