‘Traders tracking the US Dollar Basket should note that the Index is again trending higher after a short retracement last week.’ – Walker England, Daily FX

The common European currency did not stop its major fall against the US Dollar on Tuesday, as the currency exchange rate continued the decline into Wednesday’s trading session. Previously, on Tuesday the pair fell down to the weekly S1 at 1.0529, which managed to hinder the fall of the rate. However, on early Wednesday morning the pair passed the support level and began to move further lower. The closest support level to the currency exchange pair is at 1.0488, where the monthly S1 is located at. Due to that it is most likely that the rate will surely fall below the 1.05 mark.

SWFX traders are firmly bullish on the pair, as 54% of open positions are long. In the meantime, 55% of set up orders are to sell the Euro 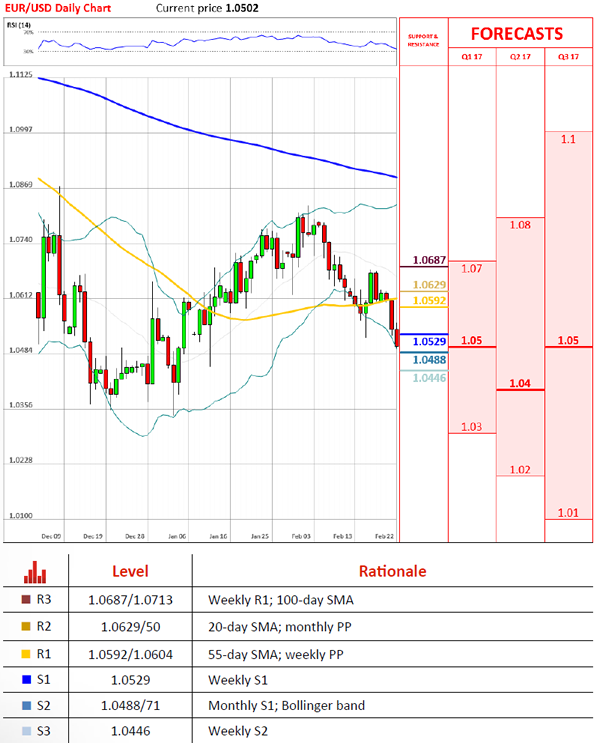 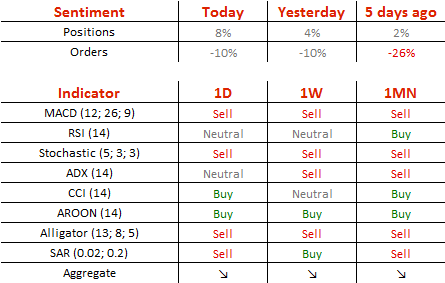