The common currency fell to a two-week low on Friday. The declines came amid a broader strength in the USD as well as the trade balance figures. The eurozone’s trade surplus stood at 20.6 billion. This came as exports were down 4.7% while imports fell 4.1% during the period. The trade surplus of 20.6 billion was down from 22.6 billion in June 2019.

The currency pair’s decline last week shows price trading just above the lower trend line. This could offer some dynamic support in the near term. However, price action remains weak and there is a possibility for the EURUSD to test the previous lows near 1.1030. The Stochastics oscillator remains in the oversold level, which signals a possible rebound in price in the near term. 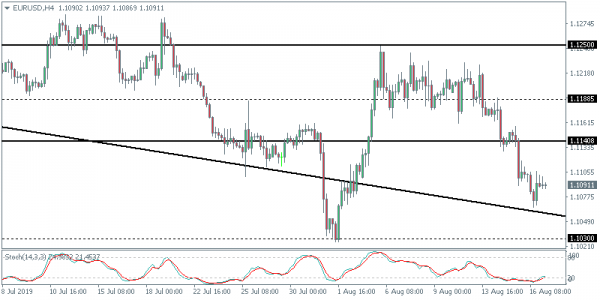