EUR/USD Fails to Break Above Resistance

The EURUSD currency pair managed to briefly rise above the resistance area of 1.1033. The gains came mostly due to the volatility in the US dollar. However, following the payrolls report, the currency pair was seen easing back lower. We expect the consolidation near 1.1033 to continue in the run-up to the ECB meeting this Thursday. 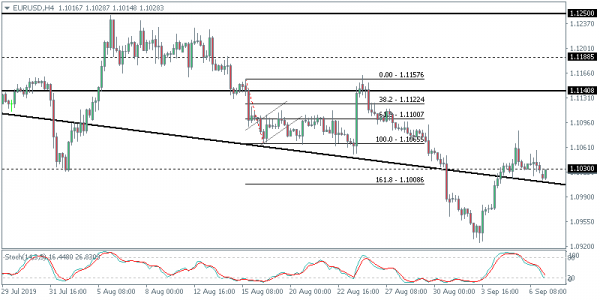