The Pound sterling was muted as Scottish court rules Parliament suspension unlawful. The UK Prime Minister’s decision to suspend the parliament was deemed unlawful by a Scottish court. The ruling sets the stage for a showdown between the UK government and the opposition. Lawmakers ruled that Boris Johnson’s decision to suspend the parliament was done in order to prevent them from debating Brexit.

GBP/USD Trades Flat for the Moment

The currency pair was seen closing with a doji pattern for two consecutive days. This comes following a bullish engulfing candlestick pattern formed earlier on Monday. The upside looks limited for the moment. Price will test the resistance area of 1.2406 ahead of a correction lower. 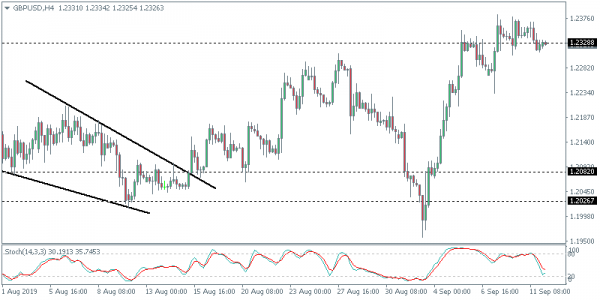