The precious metal surged more than one percent on Monday. Gold was reacting to news about the drone attacks on Saudi oil facilities. The news saw investors rushing to safe haven assets in anticipation of rising tensions in the Middle East. In response, Saudi Arabia shut down half of its oil production. US President Trump blamed Iran while Yemen’s Houthi rebels claimed responsibility for the attack.

While gold prices surged at the open, the precious metal failed to close above the resistance level of 1508. Price action held steady within the range over the day. Despite the gap higher, XAUUSD remains within the range and will remain that way in the run-up to Wednesday’s Fed meeting. The bias continues to the upside as gold is likely to form a lower high in the longer-term trend. 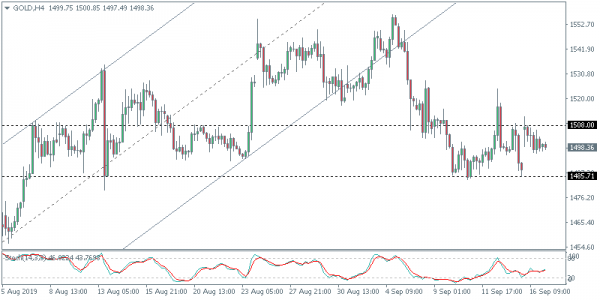