The recent climb seems to be backed by positive signals from the technical indicators and the bullish crossovers of the 100-day SMA by the upward sloping 20- and 50-day SMAs. The MACD, in the positive zone, is increasing above its red trigger line, while the RSI is rising and has just entered the overbought territory. Furthermore, the ADX presents a strong positive trend in place.

Summarizing, the short-term bullish bias remains intact as the positive signals display no signs of receding. 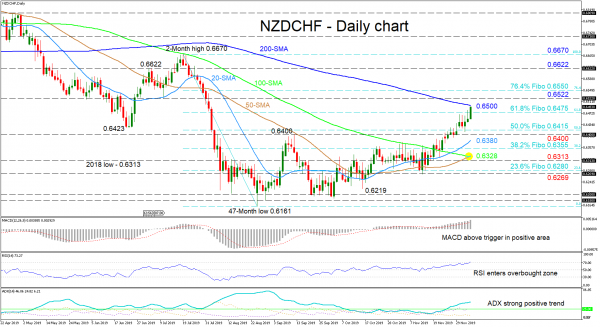 USD/CHF Continuation Of The Rebound