According to the momentum indicators, the stochastics are posting a bearish crossover within the %K and %D lines below the overbought region, while the RSI is edging lower in the negative threshold.

In case of steeper declines, the price could touch the 23.6% Fibonacci of 128.94 ahead of the 127.27 support. Should the price retreat under that number too, the three-and-a-half year low of 124.00 achieved on March 18 could come under speculation.

Meanwhile, in the medium-term picture, the situation seems to be getting more interesting as the 100- and the 200-day SMAs are heading for a bearish cross. Should the lines intersect each other and keep a large distance, the negative outlook may turn even gloomier. 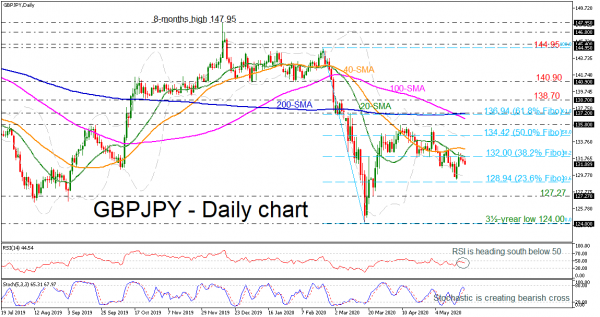