The US 30 index is creating a sideways channel with an upper boundary the 24,913 resistance and lower boundary the 22,900 support. The index is still developing above the 50-day simple moving average (SMA), however, the MACD oscillator is flattening in the positive region and the RSI is approaching the neutral region, endorsing the neutral mode in the short-term.

In the bigger picture, the US 30 index would need to make a sustained climb above the 100-day SMA in order for the outlook to become convincingly bullish. 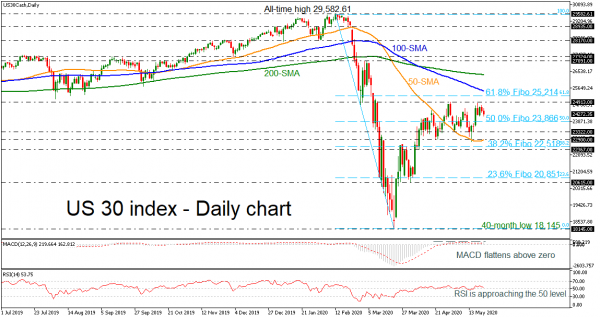