The bears failed to take control after the first unsuccessful test of the resistance zone at 1.1000, but the currency pair tested the resistance once again – this time successfully. The sentiment remains positive, for a test of the next resistance level at 1.1080. The main support in the negative direction is the zone around 1.1000. For today, the most significant economic news that would have an impact on the price movement of the currency pair are the US GDP data for the first quarter of this year (12:30 GMT) and the initial jobless claims data (again from 12:30 GMT). 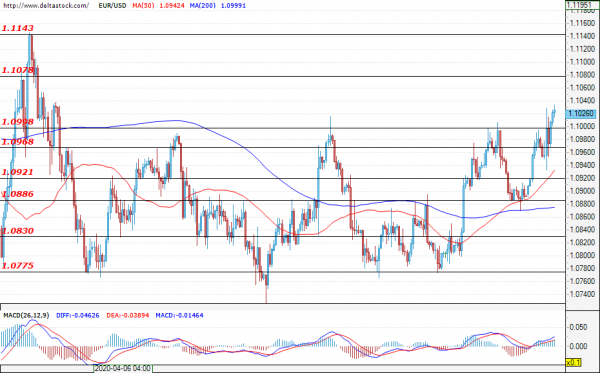 The currency pair continues to trade in the narrow range 107.40-107.80 and at the time of writing the analysis is located just below the upper limit of the mentioned channel. It is not yet possible to determine a direction of movement and only an interruption of the range could indicate a clearer sentiment. 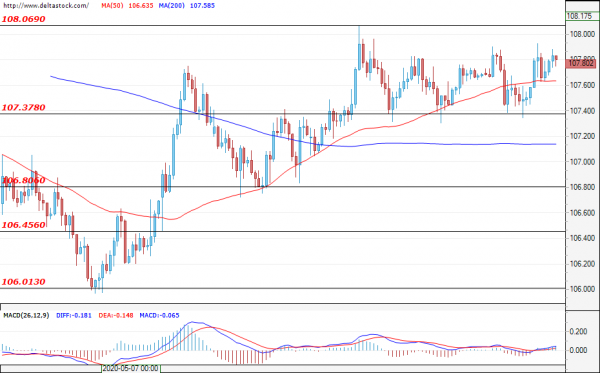 After the currency pair failed to break the resistance at 1.2365, the bulls lost the previously gained momentum and the bears prevailed, directing the price movement under the support at 1.2235. The bearish sentiment, according to the small time frames, did not last long and we witnessed a correction in a positive direction – at the time of writing, the cable is trading at 1.2270. In the long term, sentiments are rather negative for a break of the support at 1.2175, followed by the one at 1.2070. 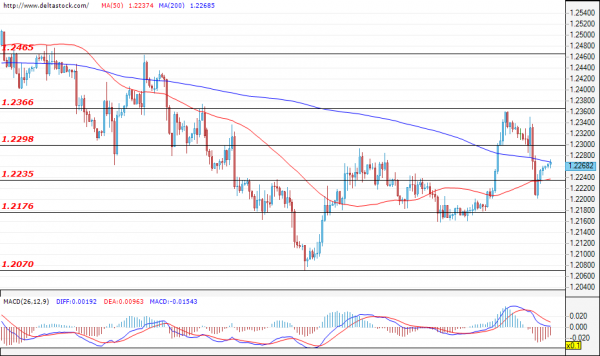 UK to Declare Worst Recession in a Century; Jobless Rate to Rebound