The currency pair still failed to break the narrow range 1.1190-1.1300, despite the pick up in volatility during yesterday’s trading session, after the news for the nonfarm payrolls change for the United States at 12:30 GMT. The forecast is that the currency pair will remain in the mentioned range today and the movements will be limited due to tomorrow’s national holiday in the USA and today’s early close of the American stock exchanges. The first important levels of support and resistance are the lower and upper limits of the range, respectively 1.1190 and 1.1300. 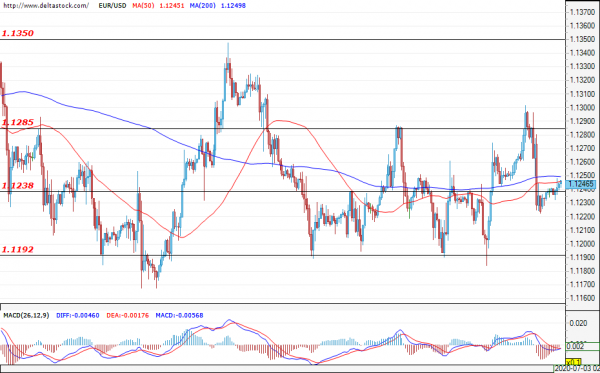 Resistance at 108.15 managed to stop the upward movement of the pair and the forecast is now to reverse the trend and strengthen the value of the yen against the dollar. The first important downward support is 107.18, followed by 106.18. An important resistance is the mentioned level at 108.15.

The currency pair failed to break the resistance zone at 1.2550 and the forecast is for a decline in the value of the pound and a test of the first important support at 1.2402. If this support is not broken, a new upward movement and a repeated resistance test at 1.2550 is possible. 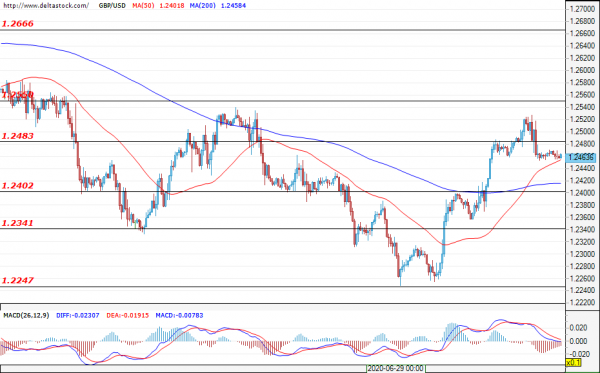