The commodity then continued to resume higher in wave ((v)), which is unfolding as an ending diagonal Elliott Wave Structure. Up from wave ((iv)) low, wave (i) ended at 40.58 high and wave (ii) dip ended at 39.05 low. Wave (iii) then ended at 41.08 high. Wave (iv) pullback ended at 39.90 low. Currently, wave (v) is in progress and can see another high. This would end 5 waves rally in larger degree wave 1 and also the cycle from June 25 low. Afterwards, a bigger 3 waves pullback in wave 2 should follow before oil resumes higher. As long as pullback stays above 37.09 low, expect wave 2 dips to find support in 3, 7, or 11 swings. 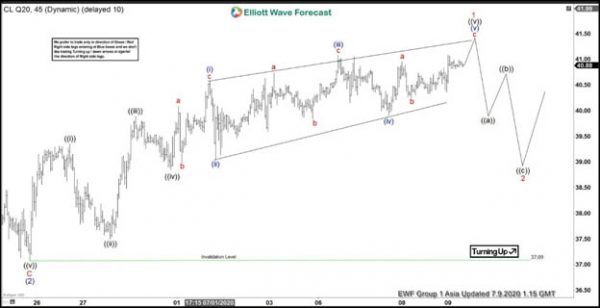