GBPUSD has been in an ascending move after the rebound on the 1.2250 trough, touching a new three-month high of 1.2670. The price is currently testing the 20-day simple moving average (SMA), while the RSI indicator is pointing slightly down near the 50 level. Also, the MACD is losing momentum beneath its trigger line but it still hovering above the zero line.

In brief, GBPUSD is in ascending mode in the very short-term timeframe and neutral in the bigger picture. 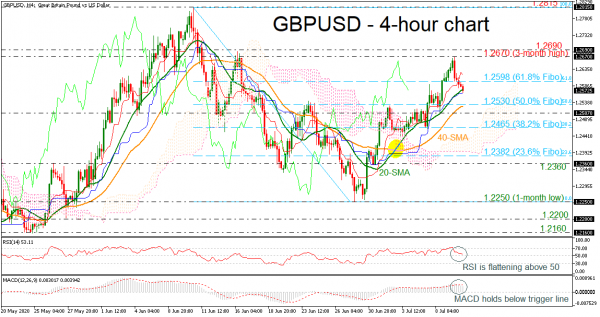